MELINE LAFONT
Hi Beloveds,
Before sharing this intel, I want to explain what is going on and how I obtained this information.  It is crystal clear that something has occurred last night (European Time).  My heart suddenly shifted its frequency and was held into a cocoon – this was how it felt.  Leeway was granted so that High intelligence and Light frequencies could enter and be passed on.  The heart is brought into a space where it is held safe and protected, beating on itself of course, while the whole body is receiving huge downloads.
Thanks to   Meline Lafont
I went to sleep early experiencing headaches, going into a deep sleep and waking up differently.  No appetite, feeling  tired, experiencing nausea but full of inspiration and energy.  I noticed something was different, something had changed.  I became aware of this and now it has shifted over to an irrefutable knowing.
*
My heart is more at ease, like I am.  A more trusting feeling and being at peace.
*
The Arcturians came through to inform me, but in order to receive the intel I had to lay down with my hands on my heart, underneath a clear quartz.  They said that in order to receive what is going on, I had to integrate the light codes first as the message into my cells so that I could later on channel it into words.
*
Doing so, I saw myself traveling through a wormhole, which warped me into a Universe.  Here I was shown my heart which had now 6 streams of Light energy coming together as to where it were only 3 before.  The Arcturians explained that this was the Multidimensional portal activating in full body (physicality).
*
The word “timeline bridge” was the only word that was given when suddenly a surge went through my heart, my third eye started to experience a high pressure and pulsating vibration.  I saw the particles of the Universe along with a huge white Dome.
I see us in a stream of accelerated speed.  But we do not notice this, we do not feel it as it appears to be the same pace as before.  YET we are on an accelerated speed and our bodies DO notice and know this. It is not in our awareness at this point but our bodies will show us this to be the case more and more as time passes by.
*
What happened next was a shock that went through the left side of my body.  It was pulled down and then up while my right side did not move.  Alignment…
*
Then a huge field of white and Seafoam green light entered my body and I was receiving the Light codes. What followed next was the intel which I share below.
*
My heart feels different, I feel different in a positive way.  I would Love to hear your experiences.
Much love
Méline 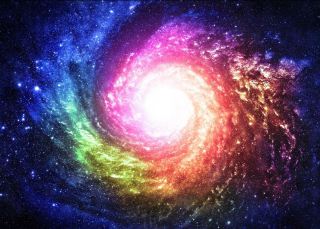 Timeline Bridge
By the Arcturians through Méline Lafont
*
www.melinelafont.com
On June 14th a Timeline shift has occurred. It was a shift in time, a change of momentum during the bridging of the Solstice.
*
This Beloveds, is an activation, a start, a point of acceleration which instigates this momentum of the Now.
*
Energies are building up and as these come into an acceleration, a shift point breaks through as to where a bridging momentum suddenly shifts into Higher gears. So you are, as of now, evolving into an accelerated modus.
*
Although it may appear to your human eyes that all is the same, nevertheless your ears are receiving high pitch tones and you are all catapulted into an accelerated speed.
*
You are as of now traveling into a High speed of Light which is propelling you further into the God consciousness of ALL and ONE.
*
What does this mean? It means that collectively you all have reached a level of integration that is called the Superhuman consciousness. As of now, you are receiving the God/Source codes of Light which initiate and activate your Super human consciousness to become embodied.
*
You have collectively reached a state of consciousness that is ready to rebuild your cellular system into super light and into super modus which unlocks the super human abilities.
*
You are as of now Multidimensional Beings birthed onto this Earth. You always have been Multidimensional but NOW, through this timeline shift, a portal was opened to activate the Superhuman consciousness onto the plane which lies in your physicality reality.
*
Things will turn out to be more present in the physical, starting from now on, as this is the plane and the reality that was consciously opened collectively. The Light workers have worked with endurance and perseverance these last few years, and this has payed off. Continuous focus, dedication, self connection and self realisation are the key characteristics to this.
*
The heart has started to unlock the multidimensional aspects of your being, as you will probably already sense that you have become more Multidimensional over the last 4 years of your time in physical body. This is indeed so in the heart/your Being. What has added is that the heart unlocking this all , will propel you all collectively into the Higher spheres and notion of being more Multidimensional in form.
When going into your meditations, you will notice that your heart stream has changed. More colors are added and flowing through your already colorful ‘De-Light’.
*
A different heart stream has been initiated and is being birthed into physicality. From now on you will receive more Inter Galactic and Stellar influences as Light codes from us and from other Stellar Brothers and Sisters.
You have now entered the Stellar consciousness, collectively on a Higher level. It now takes for all of you to start embodying this energy field into your systems, into your cellular representation and into your heart as the human temple.
The more you ground and embody this energy field – which flows through your heart stream and as your renewed heart stream – the more the collective will be infused with this all simultaneously.
*
What are the physical signals and symptoms? Some experience insomnia during this passage – others are sleeping double of their usual time. This depends on how easy you can cope with this energy field upgrade. The heart has a different tone and level of beating, piercing tones and high pitch tones in the ears. A body change sensation: your cells are being upgraded. High and strong third eye pulsation. The inner Crystals are activating, bringing you Higher awareness. This means that you will notice you are more sensitive, you can see the veils lifting up and all is more detailed.
*
You will feel new information and Light codes entering your awareness, even so that you are sensing it direct from Source. Instant insight, instant knowing, instant seeing. Your telepathic abilities will now start to take off and become stronger aligned with the Galactic planes.
*
Nausea is a deliverance of Higher frequencies replacing the old lower frequencies. Release and drink plenty of water to facilitate “the change of the guards”. (old being replaced by new)
*
You will now have to remain silent, in retreat and connected to your SELF to facilitate and bring in as much Light codes as possible as you are being informed continuously and bombarded with our Stellar Light codes and Being.
We shall speak more of this later.
Namaste
*
It is a bridging time of 3 months towards the Equinox Gateway.  Investing in yourself through weekly guidance and coaching sessions assists you to go much deeper and to achieve things much faster.  Nothing is achieved and transformed over night but after investing your time and energy into it and yourself !  Repetition and remaining in focus is key: therefore weekly sessions during a timeframe are best as it prevents you from falling into old habits and repetition during that time while building up the new templates of your creation. Book now your session package of one on one personal guidance and spiritual coaching by Méline on skype or in person. This is on discount rate for a few days!
Book session package
Universal created gift  2012-2018.  We co-create together and share with Love. All Rights to share, blog and use excerpts are permitted by Universal law provided the content is copied unaltered, is distributed freely, and the author + website is mentioned.  Méline Portia Lafont  www.melinelafont.com