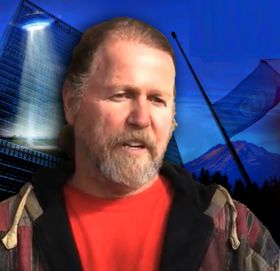 In an interview, James Gilliland stated the Anunnaki, along with other benevolent higher dimensional beings and the Council of 12, are working in unison to bring our civilization and planet into higher states of consciousness.

Gilliland was interviewed by Alfred Lambremont Webre III and confirmed this writer’s belief that the ones who are running the shadow governments are the fallen Anunnaki who created religions to keep us in subservience, control and conformity.

The Return Of The Benevolent Races

According to Gilliland, the returning Anunnaki “are very benevolent.  They operate under Universal Law and they are calling these fallen ones (the ones who have kept us enslaved for millennia) before the council.  They will have to stand before this council and deal with what they have done that was out of alignment with Universal Law. They are also working with the Pleiadians, Andromedans, the Arcturians and the other beings in conjunction together to remove the fallen ones and the Reptilian alliance.”

The Collapse Of The Fallen Angels

Gilliland stated that Marduk brought in the reptilians and other malevolent groups in order to become the supreme leader of everything.

“At some of the height of these Illuminati rituals, they’re calling on these beings… these demonic or regenerative ET’s as well as these fallen Anunnaki for power, abilities or information.  That’s being removed.  Pretty soon, these guys are just on their own.  They’re just floundering right now.  That’s why everything is falling apart.”

In the upcoming year, Gilliland envisions an unraveling of “The Powers That Were” adding, “Basically, a lot of them are just puppets.  They’re just hosts for these darker energies and now that they’ve lost that connection, they’ve lost their power.  On their own, they’re just floundering.  They’re making all kinds of mistakes.  The masses are waking up and realizing what’s going on and are seeing this archon network for what it is.”

The Anunnaki are not only responsible for the enslavement of humanity but are behind many of the atrocities and crimes against humanity.

“What’s happening on the planet is inhuman with depleted uranium, the wars leveling whole cities, the GMO’s, the fluoride in the water, aspartame” along with the sterilization of humanity… “When you add this all together, there is a blanket effort to sterilize (humanity) and to turn humanity into sterilized zombie robot worker bees.”

Gilliland stated that our planet has been infused with numerous light-source energies which have expedited the awakening process magnanimously while taking down the dark energies who have been controlling us, including the darkness within all of us through the healing of old wounds, traumas, etc…

According to Gilliland, higher 7th dimensional, 17 foot tall feline-like beings are here along with the benevolent Anunnaki, as well as 6th (panther-like) and 5th dimensional (cat-like) beings. Gilliland stated that these benevolent beings were the ones who were hovering over the Dome of the Rock in Jerusalem and were responsible for changing the frequencies there along with resetting the grid to help the planet shift.

In essence, they are taking down the old grid while bringing in a new 5D grid that will help to transform most of humanity into higher dimensions of consciousness.  “Some people are going to go into 4D, some are going  to go into 5D.  It just depends on your consciousness and where you’re at when these energies press in.”

Those  Who Will Get Left Behind

Gilliland stated that those who are living in lower vibrations “are not frequency specific to what’s happening or coming and they’re totally out of alignment with what’s happening.  This energy creates a quickening and an acceleration of the action/reaction of their karma.  It’s accelerated the stuff that’s hidden, it will come up to the surface.  They’re all going to be seen for what they are and what they’ve done.  That’s not going to be pretty in the end.  A lot of them, especially when they cross over, they’re going to have their life review.  They’re going to have to stand in front of some amazing light beings and review everything they’ve done to and feel the pain and suffering they’ve inflicted on others.  They’re in a no win situation.  They are so far out of alignment with Universal Law that’s coming to the Earth and they’re not in alignment with these energies coming in.”

In other words, everyone who is working against humanity’s best interests, such as “The Powers That Were” and perpetual thugs who hold us back as a loving, global civilization, will get left behind with one another.

How Can We Accelerate This Process?

Gilliland stated that it important to practice love and kindness.  In addition, we should use prayer, meditation and positive thoughts in allowing the higher vibrational forces to infuse the planet with these new energies.  “If people just set time aside and prayed, set intentions or use meditation to focus on the world you would want to see, love, joy and bliss… and asking these higher dimensional beings for help, then they can come in, according to Universal Law, and assist us even more.  If we start asking for help and put the intention out there that we really need help to get through these times, we’re going to see some divine intervention that is just going to be incredible. If enough of us ask for help, we can put an end to the tyranny here.”

The following video is a great way to envision how life can be without “The Powers That Were”: