“The life of the mystic, the shaman, the artist, the seeker of truth, is ONE that is riding the edge between being genius and insane. It all depends on the energy and the eyes that surround us, as some of the most brilliant minds have fallen into the darkness of insanity due to their…

via “The life of the mystic, the shaman, the artist, the seeker of truth, is ONE that is riding the edge between being genius and insane — abzu2

From Wikipedia, the free encyclopedia Northern Asia, particularly Siberia, is regarded as the locus classicus of shamanism.[1] It is inhabited by a variety of ethnic groups, many of whom observe shamanistic practices even in modern times. Many classical ethnographic sources of “shamanism” were recorded among Siberian peoples.

These cultures are far from being alike. The same applies for their shamanistic beliefs and practice.[2]

Siberian shamans’ spirit-journeys[7] (re-acting their dreams wherein they had rescued the soul of the client) were conducted in, e.g., Oroch, Altai, and Nganasan healing séances.

This holds e. g. for shamanism among Sami groups. Although the Sami groups live outside of Siberia, many of their shamanistic beliefs and practice shared important features with those of some Siberian cultures.[9] The Yoiks of the Sami were sung on shamanistic rites.[10] Recently, yoiks are sung in two different styles, one of these are sung only by young people. But the traditional one may be the other, the “mumbling” style, resembling to magic spells.[11] Several surprising characteristics of yoiks can be explained by comparing the music ideals, as observed in yoiks and contrasted to music ideals of other cultures. Some yoiks intend to mimic natural sounds. This can be contrasted to bel canto, which intends to exploit human speech organs on the highest level to achieve an almost “superhuman” sound.[12]

The intention to mimic natural sounds is present in some Siberian cultures as well: overtone singing, and also shamanic songs of some cultures can be examples.

The intention to mimic natural sounds is not restricted to Siberian cultures. And it is not necessarily linked to shamanistic beliefs or practices. See for example katajjaq, a game played by women, an example of music of some Inuit groups. This applies overtone singing, and in some cases, sounds of nature (mostly those of animals, e.g. geese) is imitated.[16][17] Imitation of animal sounds can serve also such practical reasons like luring game in hunt.[16] 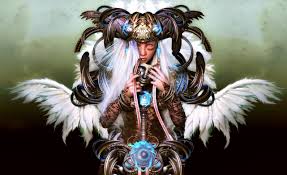 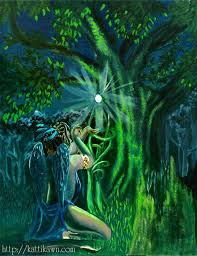