Shambhala is a sacred community, a sangha, a satsanga.

Satsanga means ‘sitting and listening in the Truth’ and Sangha means ‘community of Buddhas’.

Consider also the following. How would you communicate with your guru, enlightened teacher, soul guardian? With your God-Self? With criticism? Or with compassion and love? A deep devotion to wisdom, right? When we find fault with others we create obstacles for everyone around. For the one doing the criticism. For the one who is blamed. For those listening to the criticism.

Satsanga or Sangha is divine or spiritual community. What is said with compassion and love or devotion to wisdom to another is fruitful for everybody. Only when we are free of criticism and blame can we truly say we have entered satsanga. This is a hard practice requiring moment by moment awareness. We have to be alert and awake. Not reacting from old habit patterns. We are all at a crucial point where we can truly let go of the past and come to deep and loving communication with each other and our collective wisdom. It takes effort. Perseverance. And Love.

Sometimes we have to let go and begin anew.

This definitive work provides all of the conceptual and practical information needed to truly understand what the Akashic Records are and more importantly to be able to incorporate accessing one’s Records in very empowering ways into one’s lifestyle – for a lifetime!

Ernesto Ortiz is the founder and director of Journey to the Heart, a company dedicated to the upliftment of consciousness and the well-being of people. Ernesto is a rare and gifted man whose span of experience and study encompasses broad scopes of knowledge. He is a noted artist, author, renowned and inspiring facilitator, teacher and therapist and is recognized for his innovative, explorative, and multidimensional trainings. Ernesto has devoted his life to exploring and communicating the language of the heart, primal movement and deep inner spaces. Over the past 25 years, Ernesto has taken thousands of people on a journey from physical and emotional inertia to the freedom of ecstasy, from the chaos of the chattering ego-mind to the blessed emptiness of stillness and inner silence. His workshops and retreats have an electric intensity that unifies the spiritual with the mundane, from the poetic discovery of the soul to the modern approach of ancient shamanic practices. He has facilitated hundreds of workshops and seminars in the US, Canada, France, Australia, the Caribbean, Indonesia, Egypt, the UK, Mexico and South America. Ernesto breathes new life into his audiences with his enlightening perspectives, humorous stories and practical action steps. His words of wisdom inspire minds, open hearts, and motivate people into action. His understanding of the power of unconditional love and acceptance is what provides the room for personal transformation and his methodologies and teachings are transforming the lives of hundreds of thousands of people around the world. Ernesto’s deep and intimate connection with the Akashic Records began in 1993 after being deeply touched by the material, seeing his life transformed and assisting numerous Akashic Records classes. With guidance from the Master, he started teaching in 1997. 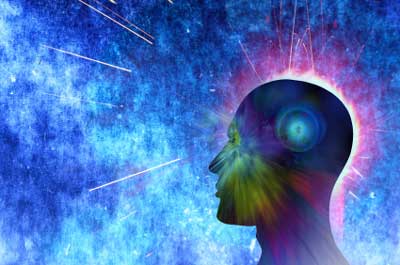 We are moving towards the completion of a planetary phase, the first phase in the birth of the New Earth.

Since 1994 immense changes have come in on multiple levels in order to shift the planet into a much higher frequency band, and therefore all upon her.

A lot of us have been through immense upheavals, literally being uprooted, revamped and reinvented in the last few years, as the old life steadily has disintegrated and a new life slowly but surely started to emerge out of the ashes of the old.  The Phoenix rising from ashes has become our symbol, so to speak, for truly sometimes we could not see for seeing but have to have faith that whatever was happening, was bringing in a new and higher form of life.

The massive portal opened with the harmonic convergence in 1994, 11:11 now is moving into the 777 as the Central Sun of the 7th Galaxy is now starting to make its Presence felt.  It was the sun that affected us in the creation stages of this planet, and will now start influencing us on all consciousness levels, as this is the Sun of Illumination – that which shifts us collectively into much higher gear.

It acts as a portal opening up for those who are ready to step into it, which will allow us to truly now step into our co-creator roles, and into and onto a much higher frequency band for it is that of the earth returning to its origins – its creation and that which it has been created for.

It has to do with the mass awakening of the inner earth, as that inner earth layers, which was originally created, with its massive pyramids and the pyramid grids, will open up (indeed is opening up) and the mass energies released from within, and the 777 energies move in cosmically.  The two work in tandem and are interlinked. The 7 acts like a massive lightning bolt, it not only cleaves open, it ignites, like a lightning bolts is charged with immense electromagnetic energy, the 7 amplified literally is pouring in vast electromagnetic frequencies into planet earth and into our Being.  It brings the full activation of the return of the codes of alchemy and magic – that mystical Beingness.

Indeed it is the ray of ritual, mysticism, ceremony and magic.  It will enable the spiritual and physical to blend, to merge and to become AS ONE.  It is stimulating ancient memory banks opening, ancient higher healing techniques returned and the awakening of SACRED WISDOM.

For the first time in millennia we will be able to create something extraordinary, something that has never been before, and therefore we have to get crystal clear about our intention and what we intend to create in the next few years, for the 7’s will amplify this.

Alchemy always has to do with changing forms – lead into gold – transformation. We are in the process of changing form, being alchemized. Transformed and in transforming all around us is transformed.

Nowhere is this going to show up more than in the area of relationships, which reflect the microcosm and macrocosm of society at large.  If we wish to create a New Earth, first of all we have to get our own house in order, for if we cannot even find unconditional love for ourselves, how can we find it for others?  If we cannot create something extraordinary with our nearest and dearest, how can we co-create the world?

Slowly but surely there will be a new emergence happening here with this shift.  It will be that we find that in the changes of our inner core self, where we step into higher alignment and awareness – become more conscious and more cosmically aligned, that we emerged as new Beings.

We are now learning to take responsibility for what we create!  In other words, every day we become aware of our thoughts, our deeds, our inner seeing, and then focus on what we do wish to create, and not on what we do not wish in our lives.  So the shift here is subtle but sublime.

For with the release of the pyramid energies we will be bombarded with an energy that is so potent, that it will literally pull us into a much higher state of Being.  It is illuminating from outside and within.  When such high frequency energies are released the sluggish density cannot sustain form.

So, all that no longer serves the collective whole will systematically disintegrate.

When we refuse to change nor to be changed, we will not be able to step through this portal.  It is like we are given a flight ticket, and when we arrive at the airport and do not find the correct plane, we will miss the flight.  It is not like the plane was not there – it is that we did not board it on time – it took off without our being on it.

What is now being created is something we have forgotten about, but it has always been there.  It is the deep connection with the cosmos as a cosmic citizen, where we not only see the bigger picture, but we create within the cosmic laws.

I was inspired a few days ago to think about what I would love to create in marriage – what would I love to create with my Divine Other and in what way.  As I was doing this, I was suddenly seeing this new portal opening and what lay beyond it, and I realized that I had the opportunity now to not only put out the intent, but to release it into this new energy field and it would emerge into Being.  Yet, what I wished to create, would also have to be in higher alignment with my own soul and Being, for otherwise I would challenged to the very core, to keep to what I created in some form or another.

What is it that you would wish to create that will have a profound and lasting effect on the New Earth?

What is it that would wish to create in your relationships?

What is that you would wish to create in firmly anchoring in your soul mission onto planet earth?

The portal has opened to truly create something extraordinary, something amazing and to do so from the innermost heart and soul and with great love.