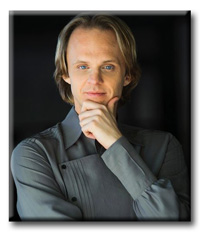 NOTE: On Dec 21, 2012, We all expected  a sudden shift of Earth and Humanity into the upper 4th, lower 5th Dimensions.   It seemed like a great let-down on the next day – not much seemed to have changed.  We did cross over into the Galactic Plane and thus experienced a huge energetic shift.  Two months later,  the Company of Heaven began explaining to a lot of people,  who had done all their spiritual work, that Ascension has been delayed.  A small number of souls did move up to  higher dimensions.  But not Humanity.  We were not ready as a Human Collective to make the leap.  Thus, they decided to grant Humanity a grace period of 1 year to get ready.  So here we are, getting very close to The Shift, The Event,  Are we ready?  Well,  wayshowers, lightworkers brought in and anchored Divine Light to raise our Consciousness collectively.  And  the Ascension Energies have been carefully managed to evolve our DNA. We received lots of spiritual guidance to become a race of Creator Gods.  Many are taking responsibility to reveal the Godhead within, holding the Light, expaanding into the new Reality of Now.   We are being carefully guided into a joyful new life.  Many events are about to happen with old 3D structures cascading downward to allow new, carefully planned, structures to come in.  Yes, it’s going to be rough for a short period, then the Announcements Begin!  Meditate.  Be calm, centered. Above all  –  BE LOVE! Send your deepest love and appreciation to Gaia, our Mother Earth.  She is ascending into much higher dimensions, to be ready for the advanced learners. Gaia is our Heartbeat. Gaia is Home!

The videos below  ( Radio Broadcast  –  C2CAM)   are an eloquent portrait by David Wilcock in 2012, of a Positive Timeline Switch, a new Golden Age coming into the Consciousness of our precious Human Family.  His visions of the Our Future are quite exciting and hopeful.  Please take the time to be with David and George as they take you boldly into our Glorious Future.  Blessings to all of You!  Namaste!

David Wilcock is a professional intuitive consultant who, since reading Richard C. Hoagland’s “The Monuments of Mars” in 1993, has intensively researched ufology, ancient civilizations, consciousness science, and new paradigms of matter and energy. He is the author of a critically acclaimed trilogy of scientific research works, known as the Convergence series, which gives definitive support to the idea that a change in matter, energy and consciousness is now occurring on the Earth and throughout the solar system.

Wilcock has appeared on broadcast television, lectured throughout the United States and Japan, published a variety of magazine articles and appeared on numerous radio talk shows. He is the co-author of the book “The Reincarnation of Edgar Cayce,” now available in bookstores nationwide, and a summary of his latest scientific work appears therein, where a breakthrough case for mass, spontaneous DNA evolution on Earth is unveiled. David is also an accomplished musician and composer within a variety of styles, including jazz-fusion, meditative and world music. (http://divinecosmos.com/)

Dr. Bruce Goldberg lays it all out. http://www.drbrucegoldberg.com

Dr. Bruce Goldberg holds advanced degrees in dentistry and Counseling Psychology and conducts a thriving international hypnotherapy practice in Los Angeles that specializes in reincarnation, time travel and consiousness raising. In 1987 he was inducted into the International Hypnosis Hall of Fame. Dr. Goldberg has written 18 books and over two dozen scientific articles on his work. He has appeared on several national television programs and has conducted over 35,000 past life regressions and future life progressions on over 14,000 patients since 1974. His first book, Past Lives, Future Lives, was the very first book ever written on taking patients into future lives. His second book, The Search For Grace, was made into a CBS movie. His newer books which include, Past Lives, Future Lives Revealed, Ascension and Spirit Guide Contact Through Hypnosis, teach how to time travel, meet time travelers, leave our body and grow spiritually.

All Videos Will Be Posted At http://jetnews.us/forum/ So Thanks To All That Have Sub To Us -Thanks To All Of Are Jet Team For Making This Happen.
Author, lecturer and aerospace engineer Mike Bara presented evidence that the Moon is littered with ancient artifacts, which suggests to him that at one time it was inhabited by extraterrestrials, or possibly an ancient or ancestral civilization of humans. The moon has a curious orbit and it’s almost as if it’s been placed in its position by design, he commented. He concurs with Richard C. Hoagland that there are a number of glass-like towers on the moon. These towers have an engineering structure with layers, and girders that is reminiscent of human architecture, he observed. One vertical tower, that sticks out like the Washington Monument, he estimated to be a staggering 20-25 miles tall.

There are also meteor shields made out of glass– in the moon’s vacuum environment, glass is about twice as strong as steel, he noted. Transparent glass domes are present over the Cleomedes craters, and you can see geometric structures inside them, he continued. Interestingly, he suggested that the Apollo 17 mission was a salvaging operation at South Massif, a hexagonally-shaped mountainous area. The back end appeared to be blown out, and contained geometric patterning inside of it, “as if the whole thing was made up of a series of rooms and cells,” he said.

Bara also addressed the “Data’s Head” anomaly which he believes is a robot’s head, and has a painted red stripe on it, as well as controversies surrounding the Daedalus Ziggurat, a pyramid-like structure with walls and ramps. He explained that he’s reached many of his conclusions by studying early lunar photos such as from the Apollo missions. He distrusts newer digital images from lunar probes, as he believes NASA whitewashes evidence and information from them.

Coast to coast am fans this one is a ‘ don’t miss’ interview (April 2011) with the author of Future Science book Maurice Cotterell is extraordinary researcher and author who has penned several books over the years. This is the culmination of his work in which he describes the evidence that what science of mainstream has been teaching for almost 80 years now is wrong outright. And he gives examples and methods on how what he discovered is accurate to describe and explain many of the previously un-explained questions of science. Very interesting interview. I (for once) kept the entire thing intact (except for the ‘callers’ at the end of the show which i find are most often off -putting when seeking to run the seamless stitch from beginning to end. But i did keep several of his answers from that part of the show which applied fully to the rest of it. Hope you can hear the whole interview… if you have the time.. i think it is worth the time and may challenge your mind to dig deeper and find your true essence at the core.. waiting to shine. Thanks. Have a good day 🙂 !

Biography:
David Wilcock is a professional intuitive consultant who, since reading Richard C. Hoagland’s “The Monuments of Mars” in 1993, has intensively researched ufology, ancient civilizations, consciousness science, and new paradigms of matter and energy. He is the author of a critically acclaimed trilogy of scientific research works, known as the Convergence series, which gives definitive support to the idea that a change in matter, energy and consciousness is now occurring on the Earth and throughout the solar system.

Wilcock has appeared on broadcast television, lectured throughout the United States and Japan, published a variety of magazine articles and appeared on numerous radio talk shows. He is the co-author of the book “The Reincarnation of Edgar Cayce,” now available in bookstores nationwide, and a summary of his latest scientific work appears therein, where a breakthrough case for mass, spontaneous DNA evolution on Earth is unveiled. David is also an accomplished musician and composer within a variety of styles, including jazz-fusion, meditative and world music.

Intuitive researcher and filmmaker, David Wilcock, discussed how UFO intervention is thwarting efforts to start WWIII and how this interference is part of an organized movement toward a golden age of humanity. He dubbed these actions “divine intervention,” since it appears that when the UFOs make their presence known it seems to be for benevolent reasons. To that end, he specifically cited craft shutting down nuclear weapons as an example of their positive intent. Given the ephemeral and surreptitious work of these positive UFO events, Wilcock surmised that they are beholden to a “prime directive” to not overtly interfere in human events unless it is absolutely necessary, such as curtailing the proliferation of nuclear weapons.

According to Wilcock, these benign UFOs are working in opposition against a group he called “the cabal” which consists of the power brokers behind the New World Order agenda. The leaders of the cabal, Wilcock said, are “openly and routinely interacting with a variety of extraterrestrial species,” possess knowledge that humans are actually ET hybrids, and maintain stargates that allow them to leave the Earth at will. He contended that one of the key goals of the cabal, which has been planned for 300 years, is a “mass uncloaking of their true identity and their philosophy.” This philosophy, he said, is rooted in Luciferianism, but has been corrupted over time to espouse ideals like “the manipulation and control of people for the betterment of self” and using occult rituals for personal gain.

Eventually, he said, this conflict between the benevolent ETs and the cabal will reach a crescendo as the planet shifts into a “golden age” as prophesied by religions and myths around the world. However, he claimed that the prophesies were “cleverly worded” by the ETs to trick the sinister “powers that be” into believing that mass disasters will befall the planet during this transition, thus distracting them and keeping them fearful. Based on his research, Wilcock explained that the shift into a “golden age” is not simply an overnight change for the human race but one that “requires a spiritual evolution to occur.” This evolution, he said, will give the human race a greater understanding of its role in the universe as a whole. Wilcock expressed great optimism that the metamorphosis of the human race, coupled with the intervention of the ETs, will ultimately lead to the crumbling of the nefarious Luciferian cabal.

Specializing in research on star kids and star-seeded adults, psychologist Dr. Richard Boylan returned to the show to share recent developments in star nations’ (ETs) communications with Planet Earth. In March of 2006, he claimed he received telepathic information from representatives of the star nations outlining a history of meetings with delegates from the US, Russia, China and Europe. A preliminary gathering was held in London in 1961 with 26 Earth representatives including David and Laurance Rockefeller, Henry Kissinger and Queen Elizabeth and from the star nations– Zetas, Praying Mantis, and Reptoid types in attendance, he detailed. The ETs, said Boylan, were seeking an agreement to stop attacks on their craft.

At a second meeting in April of 1964, at a subterranean location below the Guadalupe Mountains in the U.S., such an agreement was reached: The Earth countries offered a cease fire and unfettered contact with their population in exchange for scientific info on the ETs’ craft and propulsion, reported Boylan. But now, he continued, the star nations are seeking a new agreement with a wider spectrum of humanity, rather than the exclusive “cabal” they originally met with. Boylan said that after this new understanding is solidified, the ETs desire to help humans achieve medical advances and environmental improvements. For further details, see these three articles: Report on 1960s Meetings, Situation Report on 1964 Meeting, Two Updates on Star Nations.