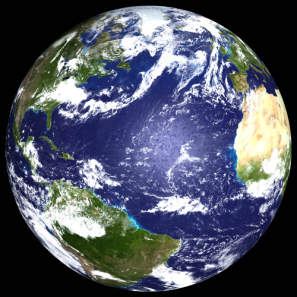 Written by Wes Annac, The Culture of Awareness

The Spirit World Chronicles is an ongoing series based on channeled accounts of what the afterlife is like. Some of the material examined in this series dates back to nearly a century ago, and the referenced sources discuss a wide range of topics that have to do with life after death and the conditions of the realms beyond.

Related reading – Julian Wash: I Died With My Eyes Open

Throughout the discussions we’ve had so far, we learned primarily about what it’s like to pass on from the earth – what it’s like to meet one’s friends and family members, what passing on is like in times of war, etc. – and now, I’d like to move on and examine the fourth dimension itself.

What are the conditions of the place we go when we die? Are there various planes and sub-planes, or is it one dimension where everyone exists together? The sources we’ll hear from here answer this and plenty more questions, and the remainder of the discussions we’ll have will focus on the fourth dimension and what its realms are like.

We have plenty of material to examine about this subject, and I don’t know about any of you, but I’m excited to learn all about the fourth dimension and the things we’re able to do when we leave the earth behind. Humanity’s headed for the fifth dimension, but we’re believed to be passing through the fourth and we might as well learn as much about it as we can.

I always love learning about the higher realms, and the things our sources have told us about the fourth-dimensional realms are interesting and insightful to say the least. Soon enough, we’ll look down on the fourth dimension from the fifth with an immense amount of love and joy, but for now, most of us still don’t know as much about it as we could.

For this installment, we’re going to examine a fictitious account of a person dying and making their way into spirit, with help from a transition guide. A fellow known as the ‘Persian Gentleman’ tells the story of one ‘Mr. Johnson’, who makes his way from the third dimension to the fourth, discovering a wealth of amazing things along the way.

Here’s a quote from Steve Beckow about the passage we’re going to examine.

“In this fictional account, the average man, ‘Mr. Johnson,’ has had a heart attack. He continues to go about his daily rounds, but accompanied by a stranger, his transition guide. No one pays any attention to him. When the transition guide finally convinces him he is dead, he follows the guide to the near earth plane.” (1)

The purpose of this story is to describe what the fourth-dimensional realm we’re going to learn about, referred to as the Borderlands, is like. The Borderlands is the place afterlife initiates first go when they move on from the earth, and the purpose of this realm is to help them understand and cope with their transition.

This is usually the realm where one meets departed friends and family, becomes familiar with their transition guides, and generally gets used to the new life they’re going to live. Mr. Johnson reaches the Borderlands with help from his transition guide, and in our first quote, his fictional death and the resulting transition take place.

“Suddenly, in the corner of the room, a light appears and the room grows dim. The gentleman (his transition guide) beckons to him and says,’ Please follow me into the light, into the next stage of your existence.’ Mr. Johnson feels drawn towards the light, as there is a warmth to it together with a love he has never felt before.

‘Mr. Johnson’ seems to easily forget about everything that would’ve otherwise bound him to the third-dimensional earth, because he’s enamored with the light that’s just appeared before him. I’d be enamored with this light too, and I’m sure it’d be pretty easy to forget about the things that keep us tethered to the earth when we perceive it and the place it takes us to.

Mr. Johnson is then taken to the Borderlands, which, to his surprise, look a lot like the earth he was just on.

“Then, as it subsides, he finds himself in a village that is just like a village on Earth with walls, trees, houses and roads (although there aren’t any cars) and people going about their business. Mr. Johnson says to the man, who is still standing next to him, ‘I thought you said I was dead,’ and the man tells him that he is!

“’Well, this is a strange Heaven’ says Mr. Johnson and the man replies, ‘This is an initiation point; this is somewhere that will seem familiar to you. Come, there is somewhere here where you can live for a little while.’” (3)

The ‘initiation point’ will always seem familiar to the people who visit it, because their guides want them to be as comfortable with their transition as possible. It won’t help anyone to perceive a dazzling and overwhelming higher-dimensional landscape, and they need to be shown the most amazing things spirit has to offer as slowly as possible.

Mr. Johnson is then taken to meet a young lady – a lady he doesn’t initially recognize.

“Mr. Johnson then follows him to a rather pleasant house. He goes in through the door and there, sitting in the living room on a settee, is his mother. He doesn’t realize that it is his mother at first, instead wondering who the young lady is sitting on the settee with dark hair.

“His mother then explains that she needs to adjust the way that she is appearing to him. She closes her eyes and thinks for a moment and suddenly she is just as Mr. Johnson remembers her: that frail old lady who was in a hospital bed for a few months before she passed over.

“He is shocked because this is not some apparition of his mother but his mother in the flesh, just as she was. She gets up and they embrace and there is a tearful reunion.” (4)

In the fourth dimension, we don’t look like we did in our final days on earth. We might temporarily embody our earthly appearance to help people who’d just passed over remember us, but by no means do we have to remain in the form we were in before we passed away.

Mr. Johnson then gets his first taste of instantaneous manifestation.

“Then he sits down and she says, ‘You had better have a cup of tea and a biscuit because you don’t look too well,’ and Mr. Johnson agrees that he would like something to eat.

“Suddenly there appears on his knee a tray with a cup of tea on it and a plate with some biscuits but he doesn’t question how they got there and the tea tastes better than any tea he has ever tasted before and the biscuits are just divine.” (5)

There’s a reason the fourth dimension has been referred to as ‘heaven’.

According to these accounts, the things we can do, feel, and experience there are wonderful, and things manifest much more quickly and easily than they do on earth. We can manifest things in the third dimension, but our manifestations take much longer to come about, whereas they’re instant in the higher realms.