Hypnotherapist Dr. Bruce Goldberg discussed out-of-body experiences (OBEs), other dimensions, astral travel, and healing techniques. He described his “superconscious mind tap technique” as a cleansing that raises the quality of a soul’s energy, as well as the notion of “conscious dying,” in which a person faces death without fear, and has awareness of both the physical world, and the nonphysical one they’ve just entered. Interestingly, he noted that a person can have an IBE (in-the-body-experience), which has all the characteristics of an OBE except they stay within the parameters of the physical body, yet can use their “astral senses” to experience the “fifth dimension.”

Regarding alien abductions, Goldberg suggested that the ETs use “fifth dimension travel techniques,” tearing the fabric of space-time to move through solid walls, and take people back to their craft or base (see illustration below). He also talked about “paragression,” which in contrast to past life regression or progression, takes people to a life in a parallel universe where everything looks similar to here, but events have played out differently. Regarding an in-person energy healing, the healer’s hands are placed just above the patient’s body– they’re actually working with their astral field or aura, he detailed.

Join our hosts Matthew Beal, Darius Wright and Emilio Testa for “The Remembering”

– Unconditional Love
– Life as an Inside Job
– From Doing to Being
– Power of Focused Intention
– Developing Mental Awareness
– Neutral Observer Point of Witness
– Manifestation and the Creative Formula
– The Ego Personality
– New Paradigm Relationships
– Playing in Darkness, Returning Home
– The Matrix & Illusions
– 3D Fears
– Free Will & Self Sovereignty
– Freedom and Personal Responsibility
– Holding the Space of NOW
– Resonance and Dissonance
– Ascension; Shifts in Frequency
– OPPT and energy dynamics

At this pivotal time in Humanities evolution we are beginning to remember our organic technology. A technology when used correctly, can create an experience that the majority of people the world over want to live. It is time to use this technology consciously for our own benefit and healing and no longer unconsciously for own demise.

We are divine creators, creating both our own personal experience and our collective experience moment to moment.

We invite you to join us as we reawaken this technology through experiment, and experience our power to create and manifest.

BECOME PART OF THE 3% 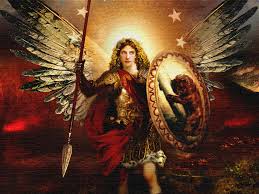 This week on An Hour with an Angel, we’ll as Archangel Michael to draw back the curtain as much as he can and give us a roadmap to a new world.

What is being done and remains to be done to build a new-paradigm world economy?  Who is resisting? What forces have combined to bring the world as far as it’s come in this area?

The Ascension Is Happening NOW for many of us.

Dr Linda Hostalek is a medical intuitive, Andean-trained shaman, artist, author, and holistic physician. She weaves the teachings of the earth and human energetic systems, with medical and spiritual insight. As a master ceremonialist and teacher, she helps people to live in the energetic stream and to restore the mind body and spirit back to health and vibrancy.
Her interests include travel, speaking, painting, and being in the natural world. Her travels have taken her to sacred places throughout the globe where she has encountered mystical realms of being. She strives to bring the wisdom she has encountered to the people she encounters through her workshops, writings and artwork. As a being who has come from the stars, she helps others to discover their star family and how that fits in to who they are today. Her Pleiadean heritage has taken her to many power points throughout the world, each contributing to her healing ability and sense of being. She now teaches those methods to others star beings. Today she live in the sacred land of Lemuria, which is the sacred land of Hawaii. She also has a love of tropical fish and can be found with a mask, snorkel and fins whenever she gets a chance to visit the underworld other world.

The Shift is here. Once IT IS DONE the planet, it’s entire
population and every system we currently use, will be
re-purposed for the new paradigm of free will and abundance.

Some systems will vanish, others will morph and new ones will appear. Nothing will be the same.

Why “Re-Purpose”? The term infers peaceful, efficient re-use of existing resources and systems by mutual agreement.

But how do you actually achieve that?

How do you re-purpose an entire civilisation from a hierarchy
of control and division to the flat landscape of equity absolute?
And how do you achieve that peacefully?

Intent for the highest good, then Thought, Words, Consensus and Action are the way. Some call this process manifestation.

This a show is where The One People can get down to work on the details.

Join Chris Hales, Scott Bartle and a weekly panel to discuss
re-purposing the banking system into the Universal Exchange,
the corporate governments into self-governance by the people, education, health, manufacturing, technology into world systems that serve the people in perpetuity.

With Julien Wells and Bob Wright.

Tonight’s guest will be Thomass Hughes – Yeti aficionado and all around good guy.

“In these times there are beings that are expanding their consciousness into the unknown. Two such beings are Bob Wright and Julien Wells. Join them and their guests as they adventure into the unknown and explore the frontiers of their awareness and what is possible.”

Intro music supplied, with thanks, from opanarise