ExoNews TV
Published on Jun 15, 2015
SUBSCRIBE 23K
Craig Campobasso is producer of the short film “Stranger at the Pentagon,” which is an adaptation of a book with the same title by the Reverend Frank Stranges. Craig’s film shows the dramatic circumstances surrounding the 1957 appearance of a highly evolved human looking extraterrestrial who made contact with the Eisenhower administration. Valiant Thor, allegedly from the interior of Venus, became a VIP guest who stayed at the Pentagon for three years where he discussed a proposal to help humanity prepare join the galactic community. After the Eisenhower administration declined Thor’s proposal for First Contact, he sought out private individuals who might assist in realizing some of its less controversial aspects, from the perspective of the administration. Part 2 – https://youtu.be/S-gJxnQoJ3k More information about Craig’s film, “Stranger at the Pentagon” is available at: http://www.strangeratthepentagon.com/ 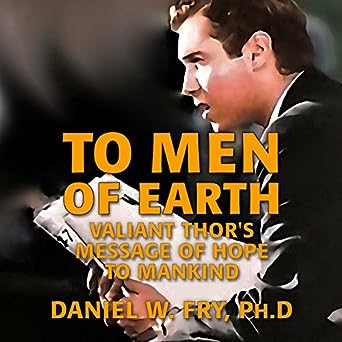