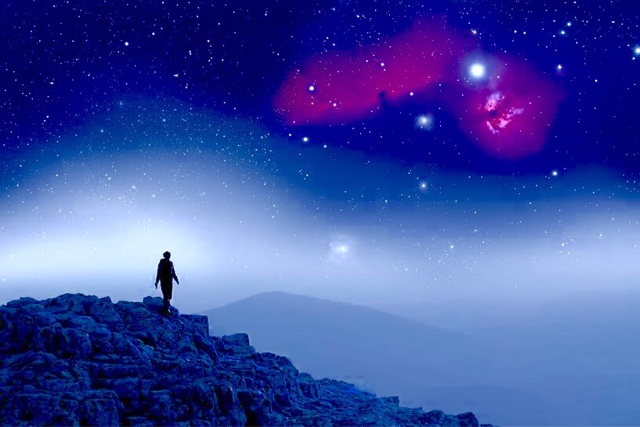 This is the first of a new project of summarizing the key planetary and star alignments for every coming month. I am not making any prediction of what is going to happen, as that is always up to free will, I am just reading some of the energies coming to us from the sky. The purpose is to assist people to navigate the energy flow of the days, and for people to be able to time their energy work and projects to the planetary alignments.
Of course I can not address all aspects and all energies of the month so I am focusing on the most significant moments as I see them.
Thanks to   The Earth Plan
If you want to understand more about the type of astrology I do, you can read here :

This summer has seen a lot of retrograde planets, bringing a lot of focus on inner work, review, re-evaluation, shadow work, etc. Since the end of august and as we go through september, planets turn direct again and we are entering a new phase with new projects, more action and covering new territory as we integrate the lessons of this fading retrograde season.
Tomorrow, on september 5/6th, a grand trine involving Mercury and Athena in Virgo, Saturn in Capricorn, and Uranus in Taurus will activate as Mercury and Athena enter Virgo. This grand trine will be further activated as Saturn who has been retrograde, stations and turns direct again, on the same day. 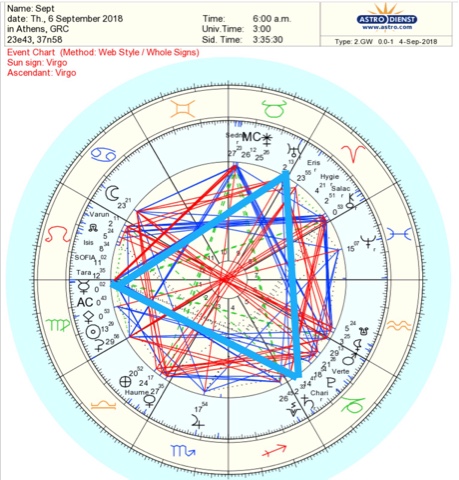 This is a powerful energy which will be active and will build up for several days and will culminate at the powerful new moon on 9/9. It is a grounding stabilizing energy (Earth trine), to assist us to bring Light in our lives and in our minds, to separate the wheat from the chaff, to get new downloads and insights in order to move forward and ground, stabilize and manifest our new projects.
The new moon in Virgo on 9/9 has many interesting and powerful planetary alignments. Venus in particular is in focus, as she enters Scorpio just a few hours before the new moon. Venus is now at its closest to Earth so her energy is stronger and she is also about to turn retrograde in early october. She is now covering the territory which she will revisit again twice as she goes retrograde and turns direct again, so the questions and aspects of our lives that will be worked on during retrograde are being brought to our consciousness through september. This whole process is happening through the end of 2018 and is a major theme for the energies of these next few months.
*
PLEASE CONTINUE  READING