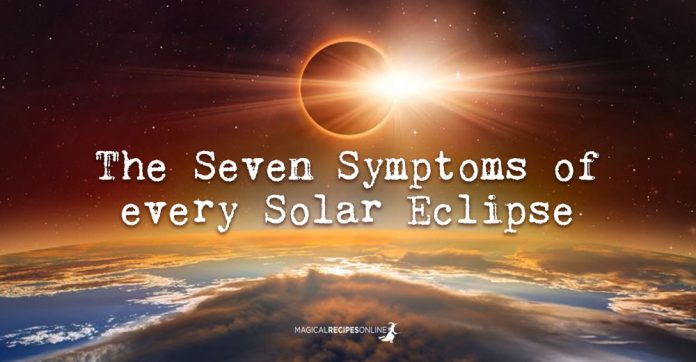 I‘m pretty sure you’ve already learned so much about the Magic of each Eclipse and how does it affect you. It goes without saying that for us, the Magical Community, each Eclipse is a chance for tremendous spiritual power. We actually schedule many magical rituals with friends in Qooest.com and we are looking forward to see more participate! No matter what aspects do the eclipses form – like Today’s Eclipse, you should know that – magically speaking – the effect of the Solar Eclipse is pretty standard.

Obviously, the Scientific Community, denies any kind of paranormal effect from the Eclipses. However, there have been detected weird ‘effects’ of Eclipses on the animal kingdom which you can actually check out here. Moreover, NASA confirms ‘profound psychological effects’ of the eclipses, which may lead to actual events in a form of massive hysteria.

On the other hand, for the astrologers, alchemists and witches, the Solar Eclipse produces some form of explosive energy which influences us in a very obvious way. These are actually the Seven Symptoms of each Solar Eclipse. 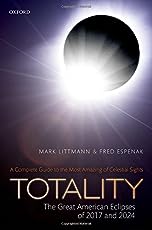 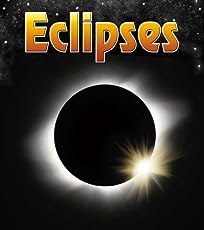 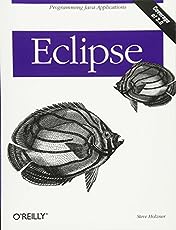 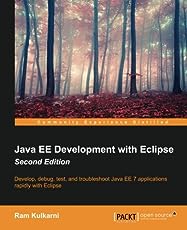 Seven Symptoms of a Solar Eclipse

This is what you should expect when each solar eclipse comes!

NOTE: You should always check with your medical doctor if you experience symptoms that affect your health.

It is widely accepted that in each Solar Eclipse, troubles occur during sleeping time. We feel like something inside of us has been awakened, or more accurately… is afraid to sleep!

The absence of Solar Light – even if we can’t see it – produces a primitive sense of insecurity. This profound feeling is so strong that affects our sleeping circle. Insomnia, nightmares or (on the contrary) feeling extremely sleepy are some of the possible ‘symptoms‘. Sleep Paralysis is more often around the days of the Eclipse! Magical Power acts like a bait for the dark forces.

Moreover, it is believed that dreams which are ‘presented’ in the night (or the day) of the Solar Eclipse are actually extremely potent omens.

This may also be a result of the sleeping deprivation, but the Solar Eclipse radiates so much energy that only few of us can handle. They say that only the Wise Ones can deal with so much energy. Therefore, we get anxious and not able to keep calm. In result, this can actually push our body to the limits and result to health issues.

The Primitive instincts which are awakened are sensing an upcoming danger. Therefore, we are ready to fight as if we are in the middle of an invisible war. Maybe that’s because during the Sunlight’s absence, dark forces can target us. It’s documented, that most ancient civilizations believed that a Solar Eclipse means that evil is approaching or – even worse – that is already hear.

During a Solar Eclipse, our focus is deeply affected as if our mind does not work like the other days. This makes us prone to all kinds of accidents. Therefore, we need to be more careful and if needed proceed slower than usual.

Eclipses are believed to effect our vital energy prompting a ‘hard reset’ for our body. It feels that we are tired and need to sleep more – although we want actually get enough no matter how long we stay in bed.

It is known that Witches and ancient priests and priestesses performed some kind of fasting during the Solar Eclipses. Why?

Because a Solar Eclipse is traditionally linked with troubles with our digestive system causing indigestion or stomachache or other belly related issues. It probably has to do with our energy intake and how our body processes these amounts.

One of the most common symptoms related with the Solar Eclipse is trouble with our eyes probably because are commonly injured after looking directly at the Eclipse. NEVER EVER look at the Sun directly.

However, it seems that even if you don’t look at the sun directly, or it’s cloudy, or you are ‘locked’ in your work and you don’t even have the chance to go out, you feel something weird happening with your vision. You feel that what you are looking at is not as real as it was. You don’t feel familiar with your own eyes as if they are not yours anymore. Do you feel it today?

Do you Feel these Symptoms?