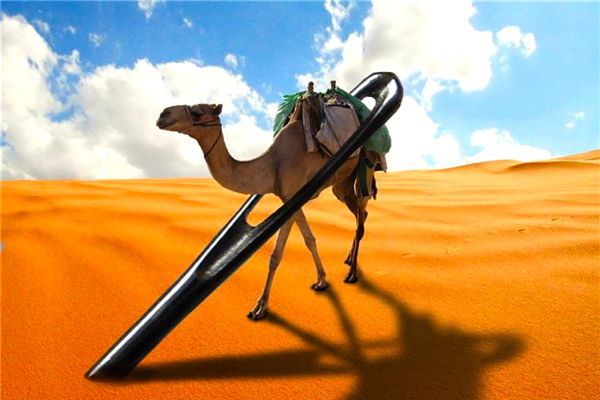 Starseeds are beings who “heard the call” from Earth and the council that oversees Earth to come help a lower consciousness stop from destroying itself and all of it’s unique creations. This consciousness was created by power, greed, lust, and control. Many lessons will have been learned and much experience and wisdom will have been accumulated by the close of this level of consciousness.

Starseeds inserted themselves into the timelines of the great stories we have been told of the gods. They became family members to those who carried the so-called psychopathic and self centered behaviors. Since this is a free willed universe, anything was allowed to happen as long as a few creational “laws’ were not broken that would end up affecting the rest of the Universe.

Earth as we know it is not what we think it is. It is a construct that is a mirror image of the actual consciousness. When that consciousness fell in vibration, it morphed into a mirror of itself so that those who created the fall could learn why creational laws cannot be broken. This construct what I call “the matrix”. It is a copy in a way of the original, and is a failsafe way to fix something that is not in balance. Transmutation and balance was needed in order for the consciousness to join its original self again, although it would not just be the same but expanded with experience. Since time is an illusion, it could be done in one cycle or many cycles (the easy way or the hard way), however there was always an end to all of the cycles. We now find ourselves at the end of all of the cycles and can see that humanity chose the hard way.

As Starseeds incarnated into this lower construct consciousness with all of the beings and thought forms that were created, their job was to dive in from the lowest realms to the highest realms and to spread love and to mirror back to the unaware what they were creating. By being who they are as already “ascended masters”, they would show others compassion, empathy, forgiveness, sovereignty, and unconditional love. Although some still exhibited the traits of the lower consciousness by being a part of it, they still held their experience and vibration of who they really were within. It was not an easy job, especially for those who dove into the very depths of hell. Each time a difficult situation was presented to them, they weathered the storm and eventually took the high road.

This consciousness needed to be raised from the bottom up, until all of it was cleaned up and packaged neatly enough to fit back through the “eye of the needle”. I suppose you could also call Starseeds janitors, and the worst part of their job was toilet cleaning, when many of the ones they were helping could care less if the toilet was clean or not.

There was much help given to the Starseeds to “wake up” from the amnesia of who they were, however that did not happen for some so that they could keep falling deeper and deeper in order to bring the base up. Some Starseeds waited until the last minute to trigger their awakening. They felt as if they weren’t good enough for awakening sooner, and that just isn’t the case. Some that had awakened since birth or had been awakened for over 20 years at the time of the shifts had a really, really long wait. All had a specific mission.

Volunteers happened in waves. Awakening happened in waves. The last codes of the DNA are being activated in three waves. Since time does not exist, the “when” of the “exit of the matrix” construct has not been relevant. Most people have no clue (even the Starseeds) about how many times Starseeds jumped to the future to the highest and best outcome and pulled everything and everyone back in time to the present. The actual viewing of what occurred will be available once they are on the other side and will be absolutely fascinating.

The EVENTS are the best indication of how soon things are occurring as well as when this will come to a close (vs. dates). The prophecies about this time were written by adepts who volunteered to dive in, look into the future, and document what they saw so that the awakened in our time would know when to choose something different that would lead to a less desirable timeline. Certain events that lay on “node points” of the overall timeline that would always serve as markers and would not be changed. These markers were deliberately shared in many gnostic texts so that Starseeds would know when the time was near.

Many Starseeds time traveled at night to collapse their own probabilities and possibilities that they had created by unconscious thoughts, words, and actions. They also helped earthbound souls raise their vibration to a higher place where they could peacefully await their exit from the construct. This transformation in the fourth dimensional astral realms involved schools, healing centers, and boarding houses. Other Starseeds worked on collapsing matrix grids and connecting new consciousness grids to the human and nature collectives. Many Starseeds attended council meetings inside of the Earth or off planet to discuss the difficulties as well as the successes. The reincarnation machine was destroyed and many Starseeds know they will never return here again.

The event markers have been unfolding in sheer numbers faster than ever before. Many adverse probabilities and possible timelines that were unconsciously created were compacted and layered began to collapse at a rapid rate.  As the Starseeds helped raise the collective consciousness and vibration of the construct, the ones that they came here to help also learned many lessons and began to be more responsible for their conscious creation. The more this happened, the faster the collective traveled to the end of the game.

Humanity now finds itself at the extreme separation of those who are service to self and those who are service to others. Both are having a hard time existing together. Some Starseeds have found the “void” or zero point where they can raise their frequency to a point of being able to see but not be seen. This has certainly helped the empaths and compassionate beings who have had enough of feeling for the collective and feeling the suffering. In fact, the more that they are at this zero point, the more their individual reality around them changes into something positive, which affects the whole as well.

In the moment or event timeline that we are in right now, we are experiencing the last of the “show me” experience. Those who are experiencing “bad” things are being shown what they are creating by their actions, thoughts, and words. It’s like a final wave of mirroring so that they can see what created the construct in the first place. As the Starseeds are “in the world but not of it”, they continue to feel and transmute the consciousness that they are in, but they know they did not create that consciousness. However, as being creators themselves, they have been guiding people how to create their own bubble of reality that feels like exiting the matrix until the final exit from this consciousness occurs.

The sign posts are pointing to a new definition of “soon”. A huge setback occurred in 2011-2012 because of CERN. When Starseeds traveled to the future, they eventually worked their way back to that time before CERN set humanity off on a parallel reality. At the same time, within that parallel reality, Starseeds and humanity worked side by side to raise each other’s consciounsess to a level that would unlock the latent DNA codes.

We are now set for the final waves of light to transform our DNA which will allow the exit through the “eye of the needle”. The codes are here, all of the players have been present, and the door is ready to be opened.

One thought on “MICHELLE WALLING – The Starseed Mission Is Almost Complete! – by How To Exit the Matrix – 10-21-17”