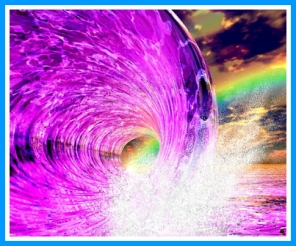 Greetings, as always from heart to heart in this moment we speak, I am Kejraj.(KayRy)

The information expressed here is that of my perspective, my point of view. For all truth awaits you in your heart. We hope you FEEL our LIGHT and LOVE in this message.

We have stated previously that the process of ascension of Mother Earth begun in the 1940’s. This is why you have only witnessed two world wars, and will never experience another again. But it was the Illuminatis goal to have a major world war every ten years. Obviously such a thing did not occur with World War 2 being the last one. Once again, this was prevented do to the choice Mother Earth made, to uplift herself and her inhabitants to a higher dimension.

From the 1940’s to around 1960’s there were very small energy changes that happened on our world. These energetic waves slightly started to increase in the late 1960’s. Explanation for peace movements and rise in UFO phenomena.

Fast forward to 1996, major treaties were signed in favor of humanity and earth, between the Galactic Confederation and that of the once ‘opposing’ side.

One more time, fast forward to 2001. The world was preparing for great changes, the USA in particular. We’ll say the dream was shattered, or only delayed temporarily. We say this, because the light quotient did not stop increasing on Earth. As a matter of fact it gained speed from 2000 and on wards.

We arrive to 2012. Many more major gates and barriers were brought down, this time much greater and more intense waves of light entering Earth from the Galactic Center via our Sol star.

On the Spring Equinox of 2017 the light on Earth reached the highest point since Atlantinian times. Now, from Spring 2017 to the Summer Solstice, this energy has only been intensifying, much faster than in previous years. On the July 9th Full Moon the light quotient once again increased and will continue to do so without slowing down, all the way to the great and so unique Eclipse of August 21, 2017.

The light has long prevailed on Earth, but it is only now that victory will be recognized by all. We say to you now prepare to ride the tsunami of light. For once again the light is about to increase, only this time it will be threefold, continuing all the way to the Autumn Solstice. It will be felt by all, it will cleanse all. It is entirely up to each individual how they choose to experience this energy.

We will however emphasize, spend as much time as possible in nature. Meditate. Eat light, vegetarian diet. Drink plenty of water. Avoid being pulled into negative situations. For there will be many who will ‘snap’, do to the cleansing. Choose your words and activities wisely. Emanate only light/love.

The greater the light the less room there is for darkness, lies, secrets, and all negative ideas of 3D reality. All that which does not serve the Greater Good must come to the surface and be transmuted. It is now that the show truly begins.

Unity is the key to a peaceful, prosperous world. The people of this planet must NOW decide what kind of a world do they want to create and CREATE IT. Humanity wishes to be FREE, at the same time they continue to ‘act like prisoners’. This must end now. The great changes at hand will NOT be postponed any longer.

The Era of Light is now manifesting on Earth whether you are all ready or not but I must say to those who refuse to align with their Divine Selves this transition will be harder on you than the rest.

In every thought, word, and action, let love be your intention.

The brightest light shines from within. I am Kejraj.