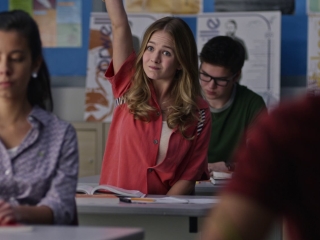 What is a culture? When I was a cultural historian, I defined it as an organization of ideas, manifest in act and artifact though consisting of neither, by means of which we understand our world and take purposeful action.

If we were to contemplate building a common global culture together without the events that are happening right now, I think it’d be a very slow process.

There’d be lots of violence as people of different backgrounds moved in to neighborhoods, prejudices surfaced, and tempers flared. It’s happening in Europe, as we speak.

A common culture would grow but only with the passing of generations.

Look at Canada’s multicultural history. The two groups – French and English – get along pretty well, but there are divorce squabbles that still arise from time to time. Certainly the two could not be said to have forged a common culture – shared technology, shared government, and things like that perhaps – but a common culture like what we’re talking about? I’m not aware that it’s happened.

It can arise first within a group – such as the common culture that soldiers from different parts of the world, thrust together, shared in World War II. It can be passed along through song, books, workshops, etc.  But I’m talking about the rise of a shared and persistent culture.

We’re about to create for ourselves the central plank of it – the idea of there being a common group in the first place. In this case, the group is “Gaia,” “Earth,” to which we all belong. We are all Gaians, all inhabitants of Earth, who share a common planet and a common destiny.

Under ordinary circumstances, the movement of people around the world would be by individual circumstance. People of different backgrounds would have little reason to co-mingle. Their children in schools would integrate into the new society.

Now, however, people around the world – those who took advantage of the Reval (Prosperity Packages, historic bonds, etc.) and those who did not – will be joining together to work on the projects thus generated.

We’ll be cleaning the oceans, getting rid of hunger and poverty, seeing to the needs of the disabled, sick, and elderly, on and on go the list of projects we’ll be doing —- together.  All working on the same team, pulling in the same direction.

This has never happened before. We’ll be thrown into each other’s company in a way that we never would have been before. This kind of close teamwork to a common global goal creates a common culture.

At some point we’ll be bringing in new technologies – right down to the replicator – that will fundamentally recast our global relationships with each other – and Gaia.

Once the galactis supply us with universal translators, the chief barrier to integration – language – will disappear.  We’re going to wonder why we feel ecstatic. The reason will be that we have the experience of being one big family on Earth.

That family feeling is the grain of sand that causes the oyster to grow a pearl. That pearl is our common global culture.

By working together on making the world work, we’ll speed up its development and make that development harmonious and peaceful. What might have taken the passing of a generation, with much sorrow, might now take five years.

What are some examples of making the world work? Caring for the sick. Looking out for the health, wellbeing, and education of children. Seeing to the needs of the elderly.

Seeing that everyone on Earth has shelter, clothing, food, and medicine.

These are yearnings common to all Gaians. These are matters we can all agree to work together on, under the circumstances made possible by the flow of abundance.

Always, if we find ourselves blocked from making headway finding areas of shared values and common discourse, we can turn to working together on changing a global problem from unworkability to workability.  We have a world of difference to make, a whole new world to create and creating it together will bring us together.

“Can we fix it,” Casey asked in Tomorrowland. Yes, we can fix it. And in the process of fixing Planet Earth, we’ll create harmonious planetary integration and a shared culture.