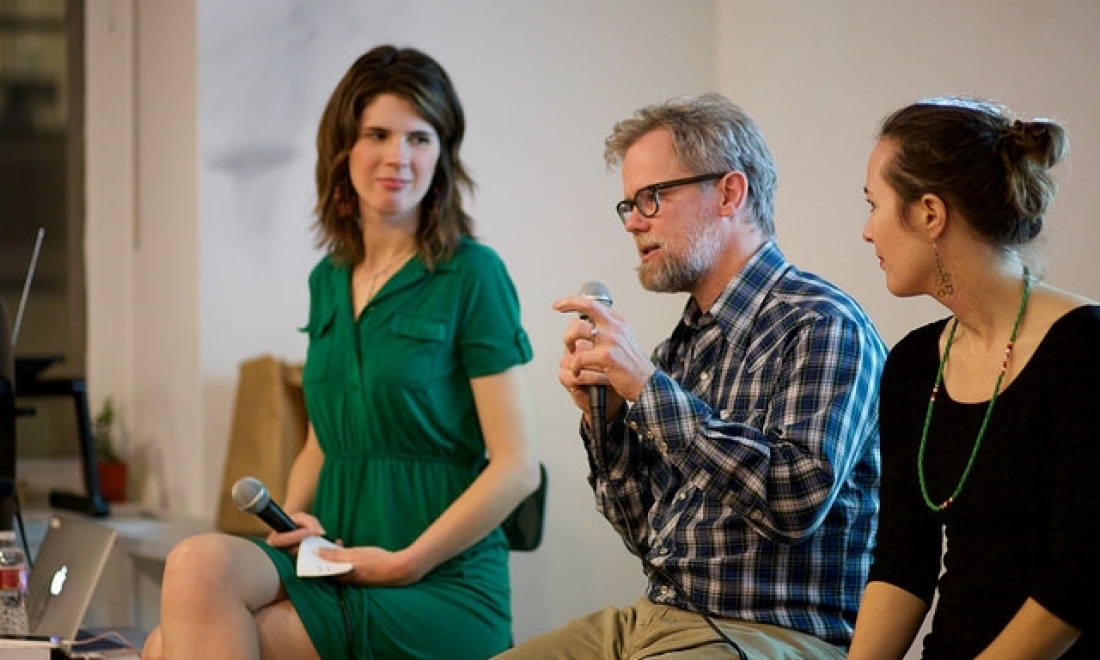 The sharing economy has lost sight of its core values, argues Ed Mayo. Co-operative ownership might be the way forward

The idea of a sharing economy has been one of the most hopeful and practical innovations to emerge from today’s world of digital technologies.

After all, we own more than ever before (products, tools, toys, gadgets, stuff…) but typically as private possessions, rather than on a shared basis. That leads to enormous waste: there are 38 million empty car seats on our roads every day. And of course, all the lawn mowers, washing machines, bread makers, and other possessions now lying idle in our homes required enormous amounts of energy to produce and bring to market.

Such concerns gave rise to the early sharing economy, which was led by small-scale enterprises and voluntary initiatives. The pioneers, now largely faded away, were US-based social enterprises such as OhSoWe, NeighborGoods and Share Some Sugar, which allowed people to share their belongings with people in their immediate neighbourhoods.

“In theory, anything from Facebook to eBay to Airbnb could work on a co-operative basis.”

Such initiatives, according to sharing-economy evangelist Rachel Botsman, were grounded in a philosophy of “collaborative consumption” – a smarter way of allocating resources, with benefits for everyone involved. The average power drill, Botsman argues, is used for 12 to 15 minutes in its entire lifetime. So why not share?

The first sharing projects tapped into that logic, serving as brokers and creating platforms that allowed people to swap, share and exchange, and designing in features for building enough trust and rights of redress to encourage consumers to keep doing so.

CouchSurfing, which let people use one another’s spare rooms, was another early success story. Casey Fenton, the co-founder of CouchSurfing, explained that while the functionality of sharing is what brings people in, it is the community and the ability to meet others and interact in a positive way that keeps them participating. It’s good to share.

So far, so good. But it wasn’t long before Silicon Valley startups started to muscle their way into the sharing economy: new, more aggressive digital ventures, using venture capital to scale up right across the world.

Airbnb, for instance, has been outstandingly successful at unlocking new markets for the age-old tradition, which dates back to long before the invention of hotels, of putting up visitors in your house. Uber, despite garnering headlines for its questionable ethics, has thrived by undercutting taxis on price, while delighting its users with an easy-to-use, feature-rich phone app.

The big question, however, is whether rapidly growing, investor-owned corporations can adopt sharing-economy business models while retaining the collaborative, mutually beneficial ethos that made the early sharing platforms so exciting.

Sascha Lobo, a technology blogger, has argued that many of the so-called “sharing economy” enterprises are not really about sharing, but are instead founded upon what he calls “platform capitalism”. Rather than serving simply as marketplaces for reciprocal exchange, Lobo argues, platforms such as Airbnb and Uber have become online ecosystems, designed to serve but also to lock in customers through the value of the exchanges they facilitate.

It is not just customers that are locked in, but also those earning through the sites. They are among the growing numbers of people who are self-employed, in what some call the “gig economy”. Self employment now counts for as many as half of all new jobs, leaving many workers wrestling with low pay, the spread of zero-hour contracts, and a complete lack of the social protections you get with regular employment. Troublingly, only one in ten people who are self-employed are paying into a pension.

“The question is whether investor-owned corporations can adopt sharing-economy business models while retaining the collaborative, mutually beneficial ethos.”

In their contracts, Uber drivers are listed as “partners”. But this is not a co-op like The Co-operative Group or John Lewis Partnership. Aside from choosing their own hours, Uber’s drivers are effectively powerless. The most valuable information is kept by the platform. Uber drivers can’t challenge the fare structure or the employment terms set by Uber, and if their accounts are deactivated, they have zero rights and zero redress. As the Italian legal scholar Guido Smorto says, “sacking people has moved in effect from the realm of law to the realm of technology.”

So while the aesthetic of the sharing economy is cooperation, there seems to be a default button somewhere that steers startups such as Uber back to traditional corporate forms. The high-risk, high-reward nature of the modern tech business requires hefty injections of cash from venture capitalists – and that forces the companies involved to put their investors ahead of their users and their “partners”.

Is there a better, genuinely cooperative alternative for the creative types that want to see the spirit of collaboration continue? Fortunately, according to San Francisco-based social entrepreneur Neal Gorenflo, the answer is yes.

What is needed, Gorenflo argued at a recent sharing-economy summit, are “platform co-ops”. These would marry the functionality and algorithms of current or new platforms with a shared ownership model, allowing the platforms to serve the needs of those involved, rather than to simply skim off financial returns for investors.

In theory, anything from Facebook to eBay to Airbnb could work on a co-operative basis. In practice, most platform co-ops are still in the early stages of development.

One example is Stocksy, an artist-owned co-op that sells stock photography. Stocksy works much like Magnum, the long-standing photography co-operative, but operates via an online platform designed to put power into the hands of workers, artists and creators.

The remarkable co-operative entrepreneur Felix Weth, meanwhile, has founded Fairmondo, a co-op owned mass marketplace aimed at creating a fairer and more democratic alternative to e-commerce giants such as Amazon and eBay.

Elsewhere, the Data Commons Co-operative now has around thirty member organisations sharing data to help map the emerging social and solidarity economy worldwide. Another pioneer in this field is the Catalonia Integral Co-operative’s FairCoin project, a Bitcoin-style virtual currency intended to provide co-ops with more equitable and socially responsible monetary and credit options.

Some cities are also looking to launch or partner with platform co-ops. Seoul, for example, has committed to developing its own Uber-style taxi-hailing app, in a bid to create a platform that works for consumers, but takes a more rigorous approach to issues such as ethics and safety.

While it’s clearly possible to build platform co-ops from scratch, the model could also appeal to digital entrepreneurs looking at the next stage of development for existing projects.

Take Minecraft – a wildly successful online game played by up to 100 million people worldwide. Users formed a community to support new releases and promote the results, very much in the style of the “free/libre/open source software” movement, which has been core to the internet from the start. But when Markus Persson, the Swedish creator of the game, got tired and decided that he wanted to pass the baton on, the only option he could see was a trade sale, and in 2014, Minecraft’s parent company was sold to Microsoft for $2.5bn (£1.7bn).

“While the functionality of sharing is what brings people in, it is the community that keeps them participating.”

That’s disappointing because like many creative entrepreneurs, Persson clearly wasn’t in it for the money. Academic research suggests that creative business founders are often motivated by values other than purely economic ones. For many, the drivers can be personal passion, pride, commitment and peer recognition. After the sale, Persson blogged that “I’m not a CEO. I’m a nerdy computer programmer who likes to have opinions.”

That being the case, a better alternative would have been to sell the business to the millions of users who cared about its future. There are enough examples of corporate sales turning sour, such as News Corp’s purchase of MySpace, to fear that the magic of the community around Minecraft may not survive too long in the corporate culture and financial frame of Microsoft. Selling Minecraft back to its users might have helped to ensure the project’s future as a natural digital co-operative.

The concept of a mass community buyout, using the same online crowdfunding tools that brought co-owner investors to Positive News, has never been done at this scale. So far, co-ops have raised millions, not hundreds of millions or billions. But the idea is a good one, and one that will surely come. As with all buyouts where owners sell on to their staff, it has the uplifting logic for the seller that the transfer to those who care about the business offers the best way to see it succeed in future.

Another alternative model is to start with the producers of a platform, and to bring freelancers together around common needs, improving the terms and conditions that they can win. Co-operatives UK research associate Pat Conaty is leading work on new models to do this, and working closely with trade unions such as the Musicians’ Union, which has helped music teachers to come together in places like Swindon, Newcastle and the Isle of Wight.

It is early days for these fledgling ideas around platform co-ops, and they still need capital as well as members to reach scale, but things are moving fast.

There’s certainly an appetite for more sharing: according to Co-operatives UK research, 81 percent of those in the UK say it makes us feel happy and 75 percent say that we feel better about ourselves when we share our time and possessions. Perhaps most promisingly, 18- to 24-year-olds in the UK are the age group most willing to share.

Still, true sharing doesn’t stop at opening up couches, rooms and cars. Done right, the sharing economy can open up new business models and new markets – without losing its soul along the way.