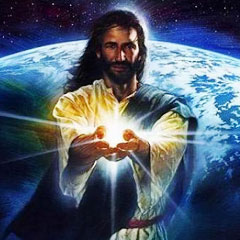 *
NEW EARTH TIMES   –   LORD SANANDA, ARCHANGEL MICHAEL  –   The Flame of Unity and Love Is Ablaze – All Come!    –   11-12-15
http://www.whoneedslight.org/net-english/2015/10/7/noqq8om5fj1yex5w9ekinch2ye0058
*
Sananda:
The Changing of the Guard Is Underway
My Beloved Brothers and Sisters, I want to send you this message to offer reassurance and comfort in these last hours under the shadow of the old, troubled and destructive programs you had become so used to.  You have felt the impact of the intense and punishing frequency attacks, even as we have worked diligently from above and on the ground to dismantle them.  We have sometimes chuckled with our human co-workers that it has been a bit like Whack-a-Mole:  each installation that shut down, another took its place, and we resolved each issue as it popped up, just as we have done in the financial sector.  Your safety, your happiness, and the smooth, uninterrupted distribution of your Prosperity Funds and the establishment of your numerous Freedom Programs are our primary concern.
*
The secret cabal programs were massively funded, intricately interconnected, and covered the entire globe.  As enslaved minions by the thousands broke free to come forward for protection and healing, and the permanent installations were dismantled, mobile units in trucks, airplanes and drones were mustered.  These last ditch technologies are mostly manned now by the most hard-bitten of the old guard cabal members, in their efforts to hang on, if only for a few more minutes, to their delusions of grandeur.
*
The news is out, Dear Friends, that Mother and Father God’s prophesied end to the dark times is true, and it being enacted NOW.  Do not be disturbed by the “news” of financial collapse (It is the cabal system that is collapsing, of course), or the alarmists who fill the internet with disaster scenarios like incoming asteroids, evil alien invasions and such nonsense.  These are nothing more than propaganda messages from the very ones who created the suffering on Earth.  None of these things will be allowed.  You are being protected by the Ashtar Command, backed up by billions – yes, billions – of benevolent Brothers and Sisters of the Galactic Federation of Light.  You will soon be able to see the millions of beautiful ships in your skies, and I can tell you, they are a wondrous sight.
*
Add Your Sacred Fire to to the Torch of Love & Unity
My message is simply this:  Do not worry; do not fear; do not allow your mood or your thinking to be disrupted by ANYTHING in these last hours.  Continue to carry the torch of Freedom, Beloved Ones, as you have done so effectively for so long.  As you, the torch bearers, enter the Cosmic Olympic Stadium, you will join your flames to create the great and triumphant eternal Flame of Freedom which will now be reignited on Earth.
*
Long ago, before Lemuria sank, the priests and priestesses of the time foretold that the surface of Earth was headed for a long spiral downward into the experience of darkness and extreme duality.  In their wisdom, and with Mother and Father God’s permission, the eternal sacred flames that had burned brightly all across the surface of Earth were moved to many higher dimensional Etheric Retreats.  The ongoing ceremony I now invite you to is the re-lighting of the sacred flames on the surface of Earth.  We begin with the flame of Unity on this day, 11/11/15.
*
Whenever you read this, go within and bring your treasured contribution.  Come into the cheering stadium, be seen on the great cosmic Jumbotron, as you commingle your torch flame with the mighty flame of Unity and Love.  As you read Michael’s following message, keep the flame of Unity consciousness and compassion for all burning brightly in your hearts.
*
I am your loving Brother Sananda.
Transcribed by Kathryn E. May, November 11, 2015
*

Archangel Michael:
Dearest bright shiny Family of Earth, it is I, your loving brother Michael.  I come to you on this auspicious day of 11/11 brimming with the exhilaration and anticipation that we in the Company of Heaven are feeling now.
*
Truly, your long awaited and hard-earned Freedom Programs are well underway.  Get ready to trip the Light fantastic as you experience what’s coming:  RV/GCR, NESARA/GESARA, worldwide release of healing and free energy technologies, abolishment of illegal government practices, the Debt Forgiveness Jubilee, the Disclosure Announcements, the Mass Landings, Mentorship Program and more!  Of course, these events have long been in motion, humming and sometimes inching along just behind the scenes.  SOON it will feel to many as though these terrific endeavors simply burst forth from the wild blue yonder.  It is so thrilling because ALL will benefit from these blessed and assured events.  It is a sequence of occurrences that brings understanding, peace, freedom and joy to everyone!
*
To Be Centered Is to Feel Even More Deeply
*
You know… we in the Company of Heaven feel things very deeply and passionately.  It is a fallacy that we are somehow distant and maintain a dispassionate demeanor.  It is true that with the beautiful Light and energies that are constantly present in the higher dimensions, we do not choose to feel and experience certain feelings and actions such as jealousy and vindictiveness.
*
However, keep in mind that we are multi-dimensional Beings, as you are now preparing to be.  We feel a vast array of feelings from every place we are incarnated and from every project we sponsor with our energy.  We remain balanced, ever aware and, what you may call, “mindful” and “centered.”  To be centered or mindful means to have your will, mind and heart fully aligned and flowing with the pure love of our Mother and Father God. In this way of being, we all become more deeply feeling and alive.
*
We in the Company of Heaven are all around and right next to you.  We do not forget or misunderstand the pain of your hardships.  We simply have a wider perspective of what you are enduring – we know you will triumph, meaning you will harvest wisdom and great compassion.  Besides, our commitment to you is to allow you to experience your own Life Plans and choices while we shower you with tenderness, peace and love.
*
There Is Only One Response
*

How will you react when the true picture of the horrors that have been taking place on Earth are fully revealed?  How humanity responds to the full scope of damage and evil that you have been living with will be the next significant milestone for the inhabitants of Earth.  The conditions across Terra are shockingly worse and terrifyingly more painful than you yet comprehend.  I do not say this to scare or worry you.  You are mature and wise; you are ready to look at things for what they are.  You have worked tirelessly to prepare for your grand Ascension from the 3rd to the 5th dimension.  You are the strongest of the strong.

Permission is granted to share or copy these messages, providing no additions or alterations are done, and credit is given to the channel and the website, www.whoneedslight.org. ©

3 thoughts on “NEW EARTH TIMES – LORD SANANDA, ARCHANGEL MICHAEL – The Flame of Unity and Love Is Ablaze – All Come! – The Changing of the Guard Is Underway – Mother and Father God’s prophesied End to the Dark Times is True – It is being enacted NOW – You will soon be able to see the millions of beautiful ships in your skies – Re-lighting of Sacred Flames on Earth – 11-12-15”