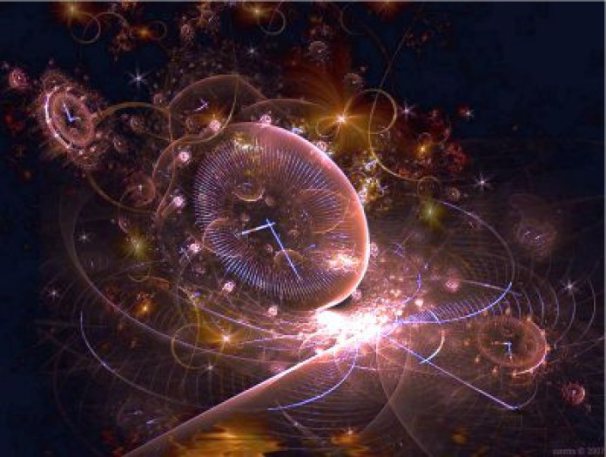 Many people across the world are experiencing a feeling as if time is speeding up.  While a day is still constituted in 24 hour increments, time seems to be moving faster than ever for many people.

There are several explanations for the time speeding up phenomenon.  The most popular explanation is that time isn’t speeding up, but our consciousness is, which makes it seem like time is speeding up.

Ian Lungold believed that time was speeding up because creation was speeding up. In other words, more was happening in less time. “When more is possible to happen in every moment,” stated Lungold, “there is more possible outcomes which opens the door to things called miracles.”

What many people aren’t taking into account is vibration.  Everything in existence revolves around vibration as atoms vibrate to create our 3rd dimensional reality.  As the atoms vibrate faster, the illusion of time speeding up is created because, physiologically, our bodies are sensing the speeding up of “something” but we cannot attribute it to anything familiar other than time.

The reason we cannot physically see higher dimensions is because they are vibrating at a higher rate.  As our bodies start to vibrate at a higher rate, we begin to feel as though time is also speeding up.

Days, weeks and years seem to fly by quicker than ever. This isn’t just a physiological symptom of those who are progressing in age as every age genre from teens through the elderly is experiencing this phenomenon.

The easiest way to raise your body’s vibratory rate is through meditation. Other ways include showing kindness to all forms of life, radiating unconditional love and doing kind deeds for others.

A simple way to raise your vibration while helping to raise the vibrations of others is to mentally express love and appreciation to random people through positive thoughts and intentions.  For example, if you were to take a walk on the beach or even a stroll through the mall, try envisioning that everyone is part of your family.  As people walk by you, mentally tell them, “I love you.  You’re beautiful and perfect just the way you are.”

Related: Why Raising Your Energy Vibration Is So Important

The bottom line is that your 3rd dimensional body may be preparing you for the 5th dimension as your atoms continue to vibrate at a higher level.

Gregg Prescott, M.S. is the founder and editor of In5D and BodyMindSoulSpirit. He hosts a weekly spiritual show on In5D Radio and promotes spiritual, metaphysical and esoteric conferences in the United States through In5dEvents. His love and faith for humanity motivates him to work relentlessly in humanity’s best interests 12-15+ hours a day, 365 days a year. Please like and follow In5D on Facebook as well as BodyMindSoulSpirit on Facebook!