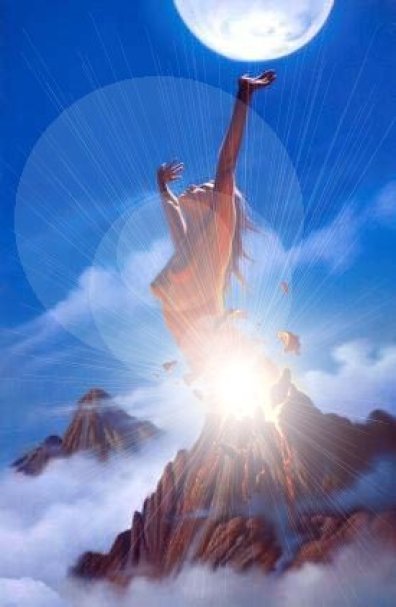 There is a most powerful ID shift today. It started in the morning as an extremely unpleasant emotional cleansing wave. All the human dross surfaced and it felt disgusting and abominable at the same time. I have gone through innumerous such nsty episodes but the today’s is a solitary peak.

About two hours ago it turned into the most intensive ascension wave. I have never experienced a similar intensity before, not even when I first ascended in the summer of 2000 and saw the earth as a small globe from the cosmos. The source vibrations are fully penetrating and dissolving the physical body, the skin is burning as if in flames, the diuresis is maximal with a full micturition every 10 minutes, which points to a maximally enhanced metabolism, and the uplifting power of the descending source energies through the left brain portal is such that one can expect the final transfiguration any moment. It feels like igniting a rocket within the body. There are no words to describe this feeling of dissolution and expansion of the confines of the physical body.

I have no idea what exactly is happening at this very moment, but it is huge and something significant will manifest very soon. It could be that a MPR is happening on many near-by lower timelines at the same time that are now being rapidly separated after a nuclear attack took place on them. I do not know for sure and it does not matter now. Whatever you experience today, know it is unique and we shall know it in the next few days.