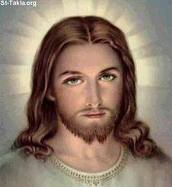 Jesus  via  John Smallman   –   The dissolution and disintegration of the illusion is proceeding at high speed.   –   9-3-15
https://johnsmallman2.wordpress.com/2015/09/03/the-dissolution-and-disintegration-of-the-illusion-is-proceeding-at-high-speed/

*
Humanity’s progress along the path to awakening has been accelerating for a very long time, and is now approaching the moment of completion. You have almost reached your journey’s end, and that alone is cause for celebration, so do not allow the news reports of the mainstream media to draw you back into the gloom and doom of the illusion.

At the moment of separation you immediately embarked upon the path to awakening, the return path to remembering who you were. But the separation, although unreal, was experienced as terrifying and permanent. Consequently you were utterly unwilling at first to even consider the possibility of a return to your natural state at One with God. You believed, to use a phrase from your less than compassionate vernacular, that you had “absolutely blown it!”

To have separated from God, your infinitely loving Father, who had given you everything and withheld nothing, seemed to you to be an extremely grave insult, which of course it was, and therefore you saw it as utterly unforgivable. But, as you have so often been told, separation from God is impossible! Nevertheless, because you had chosen to experience that unreal state, which in that moment became for you extremely real, you believed that you had committed a heinous crime and offended God permanently, and that the offense that you had committed, effectively turning your back on Him, could never be forgiven.

You were absolutely right, it could never be forgiven! But not for the reason you imagined. It could not be forgiven because it had never happened!

Even now, as you seemingly reside in a loveless and material world of conflict and betrayal, nothing has changed. You are still, and always have been, One with God in the infinitely loving relationship that He established with You when He created You.

While you believe you are separate from Him, you live in fear, which is the absence of Love. And without Love you buy into the belief that you have to fight constantly for survival. The wars that you have engaged in for eons, along with the massive numbers killed, or severely injured – physically, psychologically, and spiritually – continue to convince you that you are indeed separated from your heavenly Father. What you believe is real is what you experience as real, so your beliefs effectively maintain the illusion.

The only way to release your belief in it is to open your hearts and allow the infinite Love, in which God holds you at all times, to enter and dissolve it along with the fear that is its most sturdy foundation. But nothing is sturdy enough to withstand the warmth, the compassion, and the total acceptance with which God’s Love for you embraces you, when you open your hearts and allow yourselves to accept it. In that loving embrace all that is not in perfect alignment or harmony with it dissolves because it is unreal, an illusion.

Holding on to fear shuts your hearts to Love, supports the illusion, and just demonstrates your lack of trust in God’s eternal and infinite Love for you. Therefore each time you pay a visit to your holy inner sanctuary – and every single one of you has a holy inner sanctuary – repeat your intention to open your hearts to receive God’s Love and to have It flow through you to heal and awaken humanity. Your doubts and your skepticism may well prevent you from experiencing any indications or feelings that anything is happening, but rest assured that every time you remake that intent waves of Love flow through you and out into the world of illusion, enormously assisting humanity on its path to awakening.

You, the light holders and light workers, are bringing humanity to awakening by your loving intentions. A tremendous amount of uplifting and inspiring news and information is flowing across the planet via the world wide web and it is not reported on by the mainstream media because the owners of those media want the people of the world to live in fear.

Those who would retain their power over you, by controlling you and the “information” that they allow you to access through their tightly controlled news channels, feed on your fear and would convince you that terrorism can only be eradicated by military might, requiring the expansion of police and military forces worldwide, thus enriching those in power who are the commanders of those forces.

They would also have you believe that the immigration crisis that is continuing to unfold in Europe as well as the masses of illegal immigrants pouring – as they would put it – into the United States of America across its southern borders threaten your livelihoods and the security of your families and loved ones. What they do not tell you is that they have caused those immigration problems by their activities in those impoverished nations by assisting and encouraging unruly and insane politicians to go to war against their own citizens so that those citizens, in increasing numbers, seek refuge in areas of the world where stable political and economic conditions still prevail.

The apparent crises across the planet, seemingly unrelated to each other, are in fact part of a long term plan to reduce the planet’s population through war and tropical diseases in countries that are politically unstable, while at the same time frightening the citizens in the more stable countries of the world into calling on their governments to impose further restrictions on travel.

In effect, those who would control the world and its resources solely for their own benefit, are attempting to persuade you that they are looking after your best interests while secretly intending to remove as many of your freedoms as they can, under the cloak of protecting you from terrorists and waves of illegal immigrants, by massively increasing the size and authority of the military, the police forces, and the intelligence agencies that answer only to them.

Do not be alarmed! These plans will not succeed. Those in high places, those holding the reins of power and who have agreed to this plan to enslave humanity, cannot even trust each other. They are egoic megalomaniacs who will self-destruct. Many within their organizations have seen the light and are seeking whistle-blowers to whom they may unburden themselves of the terrible secrets to which they are party because they have realized that these corrupt regimes are collapsing, and so they are leaving the “sinking ship” of endemic corruption that has effectively ruled the world for eons.

These are the end times for such massive corruption. A New Age of cooperation in loving harmony is dawning, as has been divinely planned since the moment your apparent but utterly unreal separation from God occurred.

The violent and unsavory histories of a multitude of planetary “civilizations” through the ages are all part of the illusion – magnificent dreams, or horrific nightmares, depending on which side in these ongoing struggles you chose to support – and are completely unreal.

You have an acronym for the word “fear”: False evidence appearing real! And that is a very good definition of what the illusion is all about. It is a false and unreal environment that has seemingly existed for eons – remember, time is part of the illusion and is, therefore, unreal – and is very shortly to collapse back into the nothingness from which it appeared all those long eons ago.

There is only God. There is nothing else, and never has been!

However, your dreams and nightmares that the illusion has immersed you in have been experienced as horrifyingly real. The time for those horrifying experiences is coming to a close.

There have been many foretellings of the end times during the eons that the illusion has encloaked you, and none of them has occurred, so no doubt many will be skeptical of this new forecast. Remember that time is a major aspect of the illusion, and that it is therefore a very unreliable measuring device. Also remember that the illusion, the moment of separation from your divine Source, was but momentary, over as soon as it was conceived of, and that your true Self has always been in the presence of God, at one with your divine Source.

The dreams, the nightmares, the illusion itself have finished, and you will awaken into the loving Presence that is God. And of course words are a totally inadequate tool with which to talk about and discuss Reality.

You are all, in every moment, at One with God. Yes, you can appear in many forms and with many individual traits because the potential that is creation is limitless and infinite in its possibilities. However, in every moment You remain within God, One with Him, because He is all that exists, and each one of you exists as inseparable, essential and eternal aspects of God. Creation is eternal, a constantly unfolding Reality that is unchanging and yet offers limitless potential for further creation. It provides infinite safety and security in that there is only Love, a state in which there is absolutely no possibility of conflict of any kind.

Many of you may be tempted to yawn here, as, due to your personal experience of the illusion, and your conviction that the reason and logic of science will, eventually, reveal all the secrets of the observed universe – having already revealed so many. New evidence will surely prove beyond doubt that your existence is but a chance and one time random occurrence never to be repeated because the statistical odds are completely against it having ever happened in the first place. That way of thought beautifully demonstrates the arrogance of the ego, its conviction that it is right and has all the answers, until, once more, it is found to have been mistaken.

It is time for you all to discard your egos which have led you astray on innumerable occasions. It too is an aspect of the illusion, an aspect which has an intense need to be right, and which, when proved wrong, as has happened so frequently throughout the ages, finds yet another “logical” reason to prove that no, it was not wrong, it had just mislaid an essential piece of evidence which it would shortly produce!

The dissolution and disintegration of the illusion is proceeding at high speed, and when you go within, to your holy inner sanctuaries, and open your hearts, you will experience the intuitive sense, very gentle but unmistakable, that yes, indeed, the illusion is collapsing. You are on Earth to assist in this dissolution and that is why you are drawn to encouraging messages from the spiritual realms like this one. You do need to know that you are not imagining a new world because of your fears, but that you are receiving glimpses of the new world that will shortly reveal itself to you. In the spiritual realms we are working overtime to bring to your awareness the truth of what is unfolding before your very eyes. Rub them so that the sleepy dust is removed, and rejoice in what you are beginning to see.

God’s divine plan is unfolding precisely as He intends, and as that becomes ever more apparent your delight will intensify. You are not alone, you have never been alone, and very soon the proof of that will lift you into ecstasy.

One thought on “Jesus via John Smallman – The dissolution and disintegration of the illusion is proceeding at high speed. – 9-3-15”