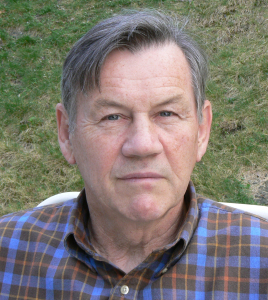 Here in the spiritual realms we have been observing with great joy the amazing progress humanity has been making recently towards awakening from the illusion.  Yes, you truly are making wonderful progress.  Vast numbers are now holding the intent to be loving in every moment and to release all aspects of themselves that are not in harmony or in alignment with Love.  Doing that is enormously powerful, and it is having a tremendous affect all across the world.  If you could see what you light holders and light workers are achieving you would be absolutely amazed.  Keep on doing what you are doing because it is an essential part of the awakening process, and also because it is so very effective.  You are greatly honored for the great work you are doing.  Most of you do not experience much of anything in the way of positive feedback for your efforts, but I assure you that what you are doing is changing the world!

You are the collective, and the collective has decided to awaken from the nightmare, the illusion, and that awakening is happening right now, in this eternal now moment.  For an enormous number of you this is being made apparent by the fact that your shadow side, the part of you in which you hide or deny aspects of yourselves that you judge bad, shameful, evil, or just generally unacceptable, are, as it were, blasting themselves into your awareness causing you shock and dismay!  This “stuff” has to be acknowledged because it is part of who you are as humans, and for you to awaken every aspect of yourselves has to be accepted and lovingly integrated.  When you do this all that is not in alignment with Love will just fall away because it is unreal.  Nevertheless, you do ask yourselves, often quite fearfully, “if I am continually making and holding the intent to be loving in every situation, and if I am meditating, praying regularly, and visiting my holy inner sanctuary daily, how can I be having these terrible and often murderous thoughts?  How can I possibly have such horrific thoughts and ideas?  Only mad men and brutal dictators think like this.”

Well, as you have so often been told, God created One Son.  Then one day God’s Son thought, momentarily, that He would separate Himself from His Father and prove to Himself that He had no need of God.  Most of you are well aware of teenage rebellion, well that is how the illusion started!

These murderous thoughts are just “out there,” they are not yours.  You all have the ability to “receive” them, BUT there is no need to act on them, and the vast majority of humans have no desire or intent to do so.  However, because every human race and culture has rules of behavior, has “no go” areas within themselves where they refuse to look, where they are in denial, there is a lot of buried “treasure!”  That is thoughts and ideas that are a direct result of choosing to separate from God, from your heavenly Source, that are in absolute opposition to or denial of your true nature, Love.  In choosing to separate Yourself from God You had to choose a state that was completely opposite to Love, and it is from that idea that these thoughts arose.

It is “treasure” in the sense that when you acknowledge and release it all you will be free, for there is NO opposite to Love, there is only Love!

To be separated from God, as it seemed that you were, was a terrifying concept, a horrifying reality.  You saw yourselves as unacceptable, unworthy of God’s Love, because you had separated yourselves from Him, and so, out of fear, you developed the ability to hide and deny aspects of yourselves for which you believed God would punish you severely – condemning you to hell where you would burn forever in excruciating pain.

But hell is part of the illusion.  There is no such place or environment.  As you have so often been most lovingly informed, there is only God, Heaven, Reality, Love.  And it is here that you have your eternal existence in every moment, without break, interruption, or even in a temporary state of quarantine.

As all in the spiritual realms keep telling you through channeled messages, and as the mystics and masters who have spent time on Earth in all races, religions, and cultures have also told you through the eons, the only Reality is Love.  But, because of the fear that the illusion instills and encourages, especially when you believe that you are only bodies with a very short life span, the reasonable and logical result of that belief is that you must defend yourselves from the death that appears to be waiting most enthusiastically to strike you down permanently at the first opportunity.  Then the small joys and pleasures that you may have briefly enjoyed as humans will be lost as you cease to exist, and you most definitely do not want to cease to exist.  Deep in your hearts the knowledge of eternal life and all that it entails – God’s eternal and infinite Love for each one of you – lies hidden, but it still influences your beliefs and thought patterns so that the concept of non-existence, loss of His infinite Love, is fearful.

And you will never cease to exist! God created you in Love for all eternity to enjoy endless life with Him, and nothing can change that, ever.  Death is but the laying down of the vehicle that enables you to experience life within the illusion as a human, but in truth it is unreal, despite the intense sense of reality with which it presents you, especially when your bodies are in pain or are suffering.

Within the illusion, fear is a strong motivator of highly irrational and dangerous behavior as fearful humans attempt to secure for themselves, their families, their loved ones, their tribes, and their nations a safe environment in which to live their human lives.  Most believe that with luck and with the help of modern science that war, pestilence, disease, and death, can be eradicated, often by exterminating those whom they believe are a constant threat to their existence, their imagined enemies.

How can you possibly have enemies when all are One?  Spelt out clearly like that it is quite obvious that that concept is insane, and modern spiritual psychology would agree.  However, your fears are so intense that while you might agree that the way humans often interact is insane, most of humanity is unable or unwilling to rise above their intense sense of fear and embrace the ultimate and only solution – LOVE!  To do so appears at best unwise, and at worst, totally irrational, which is why it seems utterly impossible that a consistent state of world peace can be achieved.

Each of you light holders and light workers, by intending to be loving in every moment, are focusing and integrating the Tsunami of Love that surrounds you into a personal energy field of great strength that extends way beyond your human bodies and interacts lovingly with the energy fields of every sentient being on Earth.  You are helping to awaken the Love latent within all humans without exception, very often unseen and unacknowledged, and it is Love that is leading them forwards towards their own inevitable awakening, and from there you will move into a state of worldwide peace and harmony as all cooperate as one for the good of all, and poverty and disease are eradicated, permanently.

With so very much love, Saul.

One thought on “Saul via John Smallman – You are the collective, and the collective has decided to awaken from the nightmare. – 8-28-15”