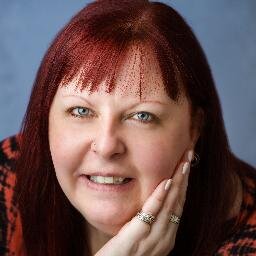 As many of you may be able to feel at this moment the energies are now heightening and expanding rapidly. The dissolving of the emotional residue within the human race is now underway fully as the emotional residue is tied to the old earth frequency realities that are no longer supported on any level.  This sees a huge release of all that has been holding us in place, at a waking conscious level this will see situations and scenarios begin to resolve themselves in ways that may seem “miraculous”, indeed any scenario or situation that is not TRUTH and is being perceived as other than it is will now reveal itself. This will see the barriers and the veils dissolved, allowing for healing to new levels.

As I have written about and blogged about for some time we are taught how to relate to the rest of the human race, this is done through our family patterning, our cultural patterning and world patterning, as none of these patterns are TRUTH they are not supported, they are released in order that we can both see the patterning and then release permanently the patterning. This is what has kept the human race in chains for eternity. For those of you who have been “held” in place in relation to scenarios and situations this shift is a shift in perception to allow the scenario/situation to be shown to you in TRUTH.  Assumption is a main tool of the old earth which only has to ignite the drama that unfolds when emotional residue is present and step back to watch the outpouring of more emotional residue.

This way of living and being is not TRUTH and is not supported, it has seen a race kept tightly held in chains and has created belief systems that have caused more and more pain each incarnation and each generation within family units.  The movement into expansion is now beyond human perception as many cannot “see” the resolution that is hidden in plain sight. We are not here to attack one another emotionally or mentally or physically, we are here to experience being human and to interact and experience other humans. This is not possible when we believe that we are under attack or that we must somehow hold on to “past” experience in order to never relive said experience. In TRUTH it is the holding on to the “past” experience that causes the pain to remain, the emotional residue to be triggered and our human life experience to contained and suppressed.

At this time we are asked to have love and compassion for ALL, for the scars of the human race run deep and the outpouring of emotional residue may take various forms.  Emotional residue is the emotional scarring that remains unhealed, it is the memory that rises up to try to teach us that something is other than it is being shown to us. It is how we have been taught how to interact with those around us, it is how the old earth kept us in chains.

Forgiveness of SELF is KEY at this time, to understand that we did what we did when we did it with the knowledge that we had AT THAT MOMENT. Hindsight is a tool of the old earth and many people use hindsight as a further weapon to hurt themselves with. We cannot change an experience that has been experienced but we can understand the experience in TRUTH when we let go of our perception in relation to the triggering of the emotional residue.

The next few linear days are intense energetically, at a world level this may play out as nightmare scenarios and great waves of fear being presented. This is the fall out if you will from the release of the emotional residue, but it has NO foundation from which to build itself, the New Earth is built on the foundation of the LOVE that IS, this is a release, the waves of reality that are created from this release are but the wisps and smoke of the illusion that was presented to us as our outer waking reality.

Only TRUTH can be validated in the New Earth frequencies, that which you cannot validate at a personal physical waking mind level is simply a mirage that is posing as reality.  It is also to be noted that the outer waking reality is shifting and expanding in a PROCESS, we have been taught that the outer waking reality is static and this is illusion, we now move to allowing the balancing of our inner moving landscapes with the now moving outer waking picture that this presents to us. As we have worked solely with the static illusion for eternity at times we may find this to be overwhelming. There is no servitude in trying to get beyond where we can find our feet and remain in balance, there is no competition, we are doing this individually as ONE.

As the human vehicle copes with major dimensional shifts in reality by closing down the human vehicle many of you may find that you require more sleep, this is to help process the energies and bring the human vehicle in to balance.  Allowing our human vehicles to find their own balance is key to this process for the human logical mind may attempt to gain control and try to teach that we are out of control. We are merely moving into an experience that we have no reference points at a human level for until we create them by having an experience in TRUTH.

For those of you who are ready to dissolve at further levels personal coding is available to order from the main Truth Codes Ministries Website. Personal coding works to dissolve dense patterning at cellular level permanently and immediately. Please CLICK HERE for further information.

“LOVE is the answer, no matter the question”