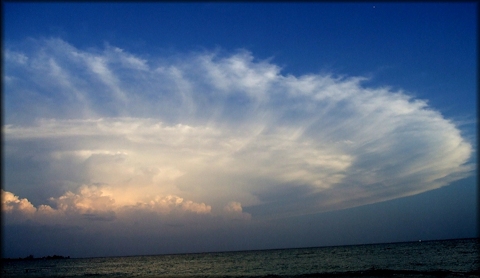 Selamat Jarin! Your world continues to move forward with the manifesting of the new financial system. This system is to reduce or eliminate the stealing that was common under the old system. In addition, several adjustments are to be made that make money laundering practically impossible. Transparency in all kinds of transactions is to be the rule of the day. In the coming weeks we expect a great number of deliveries to occur. Thus, the time for you to receive your blessings is fast approaching. This grand transfer of wealth is to lead quickly to the downfall of the cabal and its many hidden associates. Thus, new governance under the aegis of NESARA is not very far off. These facts allow us to know that our period of announcements is swiftly approaching. This means as well that your needed lessons by the Ascended Masters are looming. Many of you have patiently waited for the time, which is now upon you. Others have occasionally succumbed to the rigors of this prolonged wait. In any case, remain positive and be joyous for what is happening around you. The time is approaching to at last let go and begin your many projects to aid humanity!

Long ago, before the last two great year cycles began, Lemuria reigned supreme as the benevolent steward of Gaia and her numerous eco-systems. Lemuria had first spread across planet Gaia to soothe and turn positive the energies, which governed the surface realm. Then, these dedicated souls went inward and established an inner global land that in her language became the realm of Agartha. Our settlers had made Gaia an inner and surface realm paradise filled with endless animal and plant life forms. About 300,000 years ago a group of special settlers migrated here from the Pleiades. This group was a remnant of a whole section of rebels who had come to believe that being the mediator between the dark Ancharan continuum and a number of groups that opposed them was a useful means for spreading Light in this galaxy. This belief had become somewhat perverted by the time they first arrived. As with previous settlers, they initially chose a surface territory upon which to become acclimated to life on Gaia. This first stage was to last for an unusually long period of nearly 250,000 years.

By this time, the first of the last two great galactic years had passed. The Lemurians knew what Heaven decreed and intended to carry out the last prescribed edicts of Heaven. The Atlanteans sensed that an action was near to create two realms, an inner one and a surface one. The Atlantean destiny was to rule the surface one. The Ancharan continuum made it a point to contact the Atlanteans and gradually allow them to believe in the righteousness of what they had wrought. Gaia was slowly maneuvered into a position that forced it to lower her energies. During the last Atlantean empire, over 15,000 years ago, a scourge began to spread across the face of Gaia’s surface. The Ancharans were setting up the scenario for the rise of a limited-consciousness human as well as the untimely end of Atlantis and her allies. This was to lead to the liberation of these special humans from their protected residences and the creation of a new group of overlords, the Anunnaki. This new group was to watch over them and at the right time to abandon them. The Light was then to return and restore these humans to their natural state of full consciousness!

We gave you this brief history so you can put these present times in the right perspective. What the Earth allies are doing is finishing a process that commenced with the minions refusing to see the departure of the Anunnaki as a portent of things to come. The Light has supported those who wished to oppose the dark since the conclusion of World War II. Together, with the Ascended Masters and the Agarthans, we helped this group of enlightened ones. The labor of this decades-long struggle is now ready to bear fruit. The coming time is to see the rise of a new financial system, properly backed currencies and a series of new governments. This is truly just the beginning. Ahead of you is our arrival, meeting your mentors and receiving the wise lessons of your Ascended Masters. All of this is eventually to culminate in the transformation that is to happen during your three days in your assigned Crystal Light Chamber. As the old adage goes, “this was the worst of times and the best of times.” Look forward in bold anticipation to a most marvelous future for this world, and for you!

Namaste! We are your Ascended Masters! We come bringing you many blessings! You have greatly aided us by the wonderful collective of positive thought that you have given us daily. We are most grateful for this most generous showering of affection. As you grow in consciousness, you learn how the universe operates. Positive affection helps, when focused properly, to dispel the dark. We have used your blessings to focus on the change that this realm badly needs. Together, we can continue to disburse the darkness that still permeates this realm. One of the items that we have jointly focused on is the changing financial system. Your energies are currently assisting as the dark cabal’s system of global debt is failing. Our associates are nearly finished with manifesting this. It is to come online shortly. This one event is going to allow the introduction of new governance and the rechartering of a highly fraudulent set of international banking cartels. This can, by itself, change the world!

We ask that you continue to look inward and be ready to accept some new paradigms. When we first became immortals, we learned what each of us was positively capable of. Within each soul is a great caring “heart.” It is this potential that we are speaking of. Since you were born, your reality has refrained from asking you to use this hidden set of potentials. We deeply request that each of you seek out these hidden abilities and collectively employ them to aid humanity. As the degree of consciousness grows within you, seek out your newfound potential and learn how to best employ it to increase humanity’s positives. You are a group of deeply caring individuals. Mutually explore how you can best use your inner potential to find a faster way down this long and winding pathway toward full consciousness. Together, let us demonstrate to Heaven how seriously we wish to assume this gracious mantle.

You are a most unique, gracious group of loving humanity. Yet there are still many among you who wish to seek out violence and continue the old, dark ways. Here again, use your growing consciousness to put them in your mind’s heart and start a process to reform them. Let us jointly introduce to them a new series of non-violent and loving behaviors. Miracles like these have worked in the past and we can by seriously doing this transform a whole host of these dark ones to the Light. Be aware of your abilities and seize this power to express your love for Gaia and for all of humanity. This great reservoir of Love and forgiveness can literally move mountains! Thus, a greatly caring humanity can alter its present reality and set the stage for the arrival of our spiritual and space families. We are therefore at the edge of this current “bad” time and are entering a reality filled with Love, Light and prosperity. Hosanna! Hosanna!

Today, we continued with our report of what is truly happening around us. The time for the new reality has begun. Take this time to breathe this wonder in and ready yourselves for the arrival of those you have not experienced in a very long time. Know, dear Ones, that the countless Supply and never-ending Prosperity of Heaven are indeed yours! So Be It! Selamat Gajun! Selamat Ja! (Sirian for Be One! and Be in Joy!)