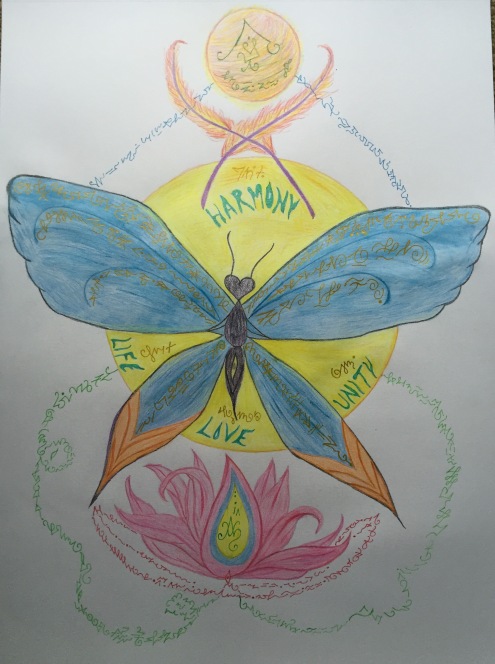 Human history is tainted with many levels of separation and destruction, as well as assimilation of pure cultures. Since the beginning of time and after the fall or separation we have carried resentment generation after generation. From Lemuria’s fall, Atlantis’ misuse of power and Native American annihilation or even slavery of Africans and other races that were mistreated due to the color of their skin. We carry the soul core damage and old stagnant energies that need to be forgiven, released and transmuted into the beautiful manifestation we were meant to be.

We must learn and understand the same forces who assisted in our separation and fall, are the same forces running our governments and corporations. They have infiltrated everywhere, but guess what their control and power over us is only an illusion that has been fed to us through time. We have the power to release them and relieve them of their assumed place of fake power. We can set them free of their ignorance by us taking full responsibility of our own healing and of our own change.

We are society, we are unity, we are the force they most fear. We have the power and the obligation to fully educate ourselves and to transcend their greed. We want change, we need to be change. We want peace then we need to be peace at first one individual at a time then the masses as one.

Why do you think they spend billions in false propaganda world wide? Why do they spend trillions in advanced technology they hide from the public? Because they are cowards who fear our true potential! Same reason why they hijacked every major governmental body, why they hijacked religion or even created false religions and false devils, to keep us under their thumbs.
I say and we should all say, “ Enough is enough”

The time is here to take action by our full awareness, and by our full presence in our deep responsibility to create the peace and well being we all desire. Time to take action in loving all that we are and in wishing the same well being and the same harmony and peace for all. We are not separate entities, we are a global community and when one suffers we all suffer.

We must all let go of the false idea of security we have been led to believe, while other countries are getting annihilated, while other world citizens are starving or dying of thirst. If one single child is hungry or thirsty then we all are, and we all suffer the consequences as a human consciousness. Better them than us? I don’t think so, we are in this TOGETHER!

It is every individual’s responsibility to release the burden by transmuting it and bringing it all to light. We need to bring truth to light, we were all lied about 9/11 and every single war that has taken and is taking place and as such we must all declare peace and demand the truth. We must abolish corporations that are too powerful that they feel untouchable. We must liberate them from their greed.

There is so much work to be done, and we must all do our part. Let’s bring new thinking, new systems, new governments and new belief systems or lack of but we must eradicate that which is no longer working for humanity and for the planet herself. Let’s be the care takers of our own future and of our descendants and above all we must be the caretakers of our now.

For over a month I have been receiving ideas and downloads that go far back in time. Memories of times long forgotten and times that yet hold a pattern of separation. Lemurians suffered through a painful separation, Atlantean’s suffered from the misuse of knowledge and technology. Native Americans suffered separation from their land, form their families and from their bodies. Africans who are now known as African Americans suffered slavery and suffered separation from their mother land. Natives of the Americas suffered just as much, and even being pushed out of their lands and their rightful claim to a free life. Australian aborigines are looked down upon, or at least were and have been assimilated in ways that was detrimental to the land itself.

The list goes on and on and it has all been due to ignorance. Ignorance has been our greatest enemy and it goes side by side by the greed of money and power. One greedy person cannot and must not have the power over millions or billions of people. We are sovereign beings and we must act sovereign.

I could go on and on about such topics but my focus is mostly on educating ourselves and on taking full action and responsibility. We must all forgive and release the painful past and memories embedded in our very DNA and in our souls. It is all written in the akashic records and in the crystalline halls of Mother Earth.

Now here comes the beautiful part, we have been granted a powerful dispensation through the three major waves we are partaking in. Currently we are in the process of the second planetary wave of change and growth. As source is now closer to us we have more access to new light as well as new tools for transformation.

It is my pleasure and honor to present in a sort of artistic form. Lol yes my soul has been wanting to express through color and so I am now presenting to you a powerful activation of forgiveness, Grace and release. By cleansing the old energies we shall make room for the new.

The codes I am sharing here, carry the frequency and the necessary band wave and force necessary to clear from our DNA and psyche the engrained and programed events in our history that were not of the highest light. It carries divine feminine energies, divine masculine, Native American, Lemurian, Atlantean, African and every necessary code to cleanse and rewrite vibrationally our new time. Print it, and perhaps perform a ceremony, ritual and or prayer and bring in this codes of new light. 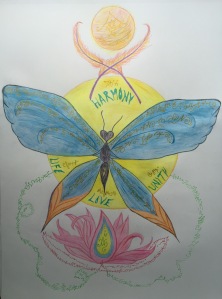 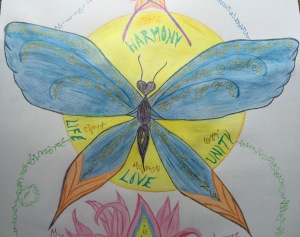 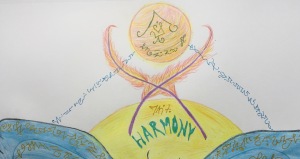 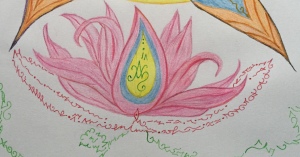