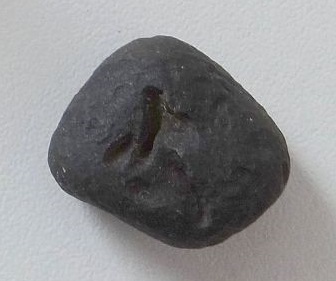 Cintamani ~ Cobra ~ 8 June 2015
http://theearthplan.blogspot.com/2015/06/cintami-cobra-8-june-2015.html#ixzz3cY3CJoLb
The information in this post is specially for those who are part of the mandala of 144,000 Star Beings of Light on this mission of Liberationa and Ascension. Nevertheless, it still contains some information for the rest of us (including some dry humour that Cobra has allowed himself…). As an aside, it is interesting to note that Judy Satori came into temporary possession of a Cintamani stone while in Egypt. This stone activated her for the next phase of her mission, which is to further help Humanity accelerate the Ascension process (you can read about it here). In her “Sunshine Before the Dawn”, Judy details the adventures of Essayenya, a Sirian who assisted in the creation of the new human template (complete with pineal gland) and later incarnated 100,000 years ago on Earth to assist in this Shift. It is actually the story of Judy herself.

Cintamani is a sacred stone which came from Sirius star system. Millions of years ago, during a Galactic superwave, a planet orbiting Sirius A exploded. Its fragments traveled in all directions, some of them reaching Earth after long journey through interstellar space.

In the last 26,000 years, the positive Agarthans were guardians of Cintamani stones. Throughout the history, they have given pieces of Cintamani to some of those individuals who had the maximum potential positive influence on the human history. King Solomon, Alexander the Great and Akbar were in possession of a piece of Cintamani stone.

One piece of Cintamani, previously in Templar possession, was given to Edward Bulwer-Lytton, who revealed the existence of Agartha to humanity in his famous novel The Coming Race:

Later this same piece was given to a certain Templar group near Untersberg and then to the Vril girls (die Vrilerinnen) who channeled the technological know-how for first working space program on the surface of the planet since the fall of Atlantis.

Another piece was given to Nicholas Roerich, who attempted to achieve world peace with it. His well known Banner of Peace is a symbol related to the triple Sirius star system:

The dark forces, from Inquisition, to Jesuits, to Hitler, were trying to get a piece of Cintamani into their distorted hands, unsuccessfully.