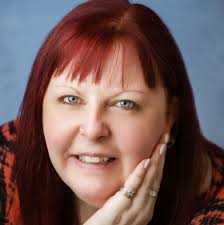 For many of you the last few linear days may have been like walking through treacle or may have seen you trigger at the least little thing. You may have felt intense anger, intense sadness or a mixture of all different emotions.  There is much talk about the ancient civilisations of both Lemuria and Atlantis and it must be acknowledged that as all is in the NOW moment that these “ancient” civilisations are still active until they are released from your cellular structure fully.

As I stated on ABOUT ONENESS (hosted by Karen Neumann) radio show earlier today the New Earth is NOT about recreating either of these civilisations.   Both ended in devastation and destruction of the Planet Earth and as this is not TRUTH it is not supported.   It is relatively easy to get carried away by the “magick” that was created within these dimensional realities as they play to the EGO which triggers the teachings that were taught to the human race within the old 3D earth created construct.

At this time if you are experiencing various distortions in the creation of your DREAM in TRUTH it may be the bleeding through of one or both of these ancient civilisations which can always be traced back to off planet incarnations.   Responsibility for your life experience here on earth rests with you and solely you but many of you may being persuaded to hand your power over to those whom you share this human life experience as you may have incarnated with them in these ancient civilisations and may be filtering out the power plays that are being played out at this time.

It is not TRUTH to state that the Planet Earth is one of the densest schools in the universe, this filters out the distortions, life was TAUGHT to you as having to be hard and stressful due to the power struggles that are still ongoing energetically through ALL dimensional timelines until you choose to release the contracts that were made.  Much of what is playing out at a very human conscious waking mind level in your immediate friends and family can be traced back to Atlantis, Lemuria and then off planet, it is not TRUTH to assume that nothing else is affecting this life experience until you have released EVERYTHING that is connected to you energetically through the dimensional timelines.

As TRUTH JUST IS then TRUTH will be illuminated clearly for you at all moments of all moments, it is the filters that you have been taught to apply that hide this from you.  At a world level this will show as the lies and deceit that has been in operation in order to hide things in plain view of the human race, as this is illuminated I would guide you to detach from the immediate reaction that this may produce within you, the release of lower dimensional frequencies is just that, a release, attempts to interact with the drama that is often created in a release will see the connections illuminated clearly but hidden from you.

Let me use an example to help you illuminate this, you may be very triggered by the actions of someone close to you, the intensity of the triggering may be at odds with what they have done and this may confuse you at a human conscious waking mind level, if it you that has triggered it may be very hurtful for the person you are directing your anger at.  To not look below the apparent scenario is to miss the opportunity to really illuminate that which is playing out. Many of you may feel very connected to people you class as “SOUL ” family or “SOUL” groups, do not allow this connection to blur your vision as many of you have incarnated deliberately into this timeline in order to clear the distortions from other timelines, the triggering your keys to the release.

All will now begin to build, TRUTH JUST IS and the New Earth energies support ONLY TRUTH, where you find holding patterns look below and look off planet for that is where the source of the frequency is coming from. You did not incarnate onto this planet in order to be held in check, this is the ONLY timeline in which a New Earth is born in TRUTH and is physically created, this triggers those energies which did not succeed in other dimensional timelines and distorts their view of something that JUST IS.  Power struggles are not TRUTH, they were TAUGHT to the human race in order that they would be accepted and therefore filtered out at this time.

ALL JUST IS and YOU ARE

“LOVE is the answer, no matter the question”.