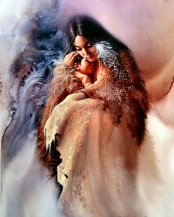 Written by Lisa Gawlas | Thanks to Awakening Daily.

Ohhh the wonderful high energies of June.  Of course, I think we can safely say that about every month we experienced so far this year and it only going to get more intense as we move forward.  But this month in particular, especially with using Mercury retrograde as a sling shot, makes it a really potent month to put ourselves forward.

I was given the gift of being able to read for a son of one of my clients and he really gave us all a bird’s eye view of the power and magic that is contained in this Mercury retrograde, coupled with the energy of the solar flares.

There he was, centered on what looked like the largest sling shot I had ever seen.  The rubber-band part pulled back as taught as it could be, the energy of this rubber band was so pink in energy.  Passion.  To the left and right of his pink rubber band energy system were codes I could only recognize as geometric shapes.  Light codes that were brought in by the intense solar flares and are now in the ready as he is moved forward.  Emphasis on move.  He is literally moving from one place to another, out on his own and the passion within his soul is about to be let loose.

I could see the release of his body as it sailed across his light field and made its way thru the timeline we call the solstice.

Ohhh the solstice.  An energy so big, so important we need 7 full days to experience it.  3 days coming, 3 days going and of course the day of.  Each day activating various codes, DNA that were brought in or moved up via the solar activity.  But don’t take that to mean you will feel nothing, will do nothing until after the solstice.  Not by a long shot (pun intended lol.)

This man has already put the energy in motion to move, he will make his transition into his new life thru the solstice energy, this is why I could see him the way I did.  But you know how pesky spirit is, sometimes we can see forever, sometimes, just the elongated moment we are in.  For him, and many others, there is a fog bank housing the 7 day solstice energy that I just cannot see thru or beyond.

If his reading itself didn’t excite me and give me a deeper understanding of using this mercury retrograde energy as a sling shot into your next, maybe even new desires, I own son was about to step up to the plate and make it unmistakably clear for me.

The morning of June 14th I get this phone call from my son exploding with new ideas.  He wants to help people, he wants to use the wisdom he has been living thru to help others in relationships.  He wants to find out about getting to be a relationship counselor.  Now, considering he is already self-employed, a contractor in his fourth year, I just couldn’t see him giving up what he has now, that he has invested blood, sweat and tears into to build successfully, for the long stretch in college.  So I suggested he start with a blog.  Get out into the atmosphere the things, the strands of wisdom now unfolding like a massive rainstorm inside his heart.

I have known my son for 31 years, or, all his life (smile,) never did I realize there was a creative writer just sleeping within him.  But holy cow batman, that evening he sent me his first writing, what is now his first blog publication and I was really taken aback by his writing style and his pure vulnerability within his subject matter.  His pure ownership of himself, not only in his first sharing but his one after that too.  There was not one ounce of blame being spread, no pity party, just raw honest emotions.  Let me share a part of my heart with you, introducing my son, Christopher and his new blog: Energy Creates Energy.

The sling shot effect.  Holy flipping cow, here it is, exactly what I have been writing about and now, get to see in living color how to use it as a catalyst.  The movement backwards, taking inventory of what has gotten him to here, understanding it with a light of wisdom, it changes the entire construct of what you perceived to be true the moment before.  The desire for him to share his understandings became so intense, blogging was an easy and quick release and opened up a sleeping giant within him.

Flinging himself into a new experience of life he never even considered a moment prior.  It is an explosion he is having a hard time containing.  While out doing his contracting obligations, his heart is already focused on his next sharing and his whole body wants to get home and share.  I cannot wait to see where he takes himself with this new adventure.

With these two young men in mind and one of my recent sharings/realizations that many of the understandings of where we are heading and how are coming thru the men on the field.  Even some of my previous sharings have talked about how we are over-valuing the divine feminine and under-valuing the divine masculine.  Well, an accidental (lol, yeah right) happening thru the soul gym the other evening gave me something bigger to understand.

One of the gym members was talked into leading a meditation Friday (smile.)  I was excited because that meant I get to participate in the meditation, hurray for me!!  lol  Before I go here, let me back up a bit.  When I first started to do meditation, everyone I talked to at the time told me how incredibly important it was to ground my energy into the earth itself.

I was very obedient and did this grounding every single time I started meditation.  I would see an anchor move out of my root chakra and go down into the earth until I could feel the tug of it attaching to the earth itself.  I did this religiously for many many months.

Until one time, I swear I broke something inside of me.  Instead of that single large anchor moving out of me, all of a sudden I had like 4 or 5 anchors all moving out of me, plummeting down into the earth, they never tugged, instead, out of the clear blue, I was pulled down with them.  I went from bathtub thru the earth, seeing every spec of dirt, bug, roots, you name it, on my way down.

When I finally stopped falling down into the earth, I ended up in what I can only say looked like a dirt cave.  In this cave was a pregnant woman.  Where the heck am I and who the heck are you???  Well!!  Come to find out I was in the heart of the earth and that pregnant lady was mama earth.  Holy shit batman!!  How did I get here??  Why did I get here??  Pesky mothers never really give us straight answers.  But, it was the last time I was able to do any grounding work because I always ended up with mama earth in the heart of the earth.

It’s probably been 12 years since I followed any sort of grounding exercise, until our precious lady led the meditation and we were guided to ground to the earth. (Just for the record, I would go visit mama with intention from there on out, I just never grounded to earth again.)  I was so surprised to find a very similar experience happening thru her instruction.  I went thru the root and fell into the heart of earth.  There was mama earth holding a baby that must have been about 5 months old.  Even more amazing, it was a little boy she was holding in her arms.  Awwwww… I have been away a long, long time.  I used to go down into her cave and give her pregnancy massages, because she got big in the belly over time!!  lol

I completely lost the instruction that our meditation facilitator was giving, I was now engrossed in mother earths baby, especially when she asked me if I wanted to hold him.  Well hell yeah!! I am not usually one to just want to hold someone else’s kid, I am not a big baby fan lol, but this baby… YES!!!!!!  The oddest thing happened, as she handed me this little boy in cheery blankets, as I held him in my arms at my heart, suddenly he was this full-grown man just laying across my lap, feet extended across the dirt floor, faceless, but beautiful pitch black hair.  I looked at here and just said… what the hell??

I gave him back to her and doncha know he returned to being that little baby again.  I think she could feel my puzzlement and without a word, just handed the baby back to me.  Once again, I got this full-grown man laying across my lap… faceless and yet very very childlike.  His body was the only thing full-grown, everything else about him reeked of innocence.  I gave him back to her and realized, oh shit, I am not listening to the guided meditation.  There was nothing but silence and I was done.  After a long pause, the next thing I heard was the meditation facilitator bringing us back to our body.  Hmmmmm….. I completely got side tracked, but was grateful for it too.  It has been too long since I met with mother earth.

As we each took our turn sharing our experience of the meditation and it was my turn, I suddenly realized why that baby was so small in our mama’s arms and so big in mine.  Mother earth always presents herself as a lady, a normal sized lady in our connections.  She is so much bigger than the human container you and I live within.  So in her mighty arms, the new earth is indeed baby sized.  In my arms, it is full-grown and large.  Look out the window, do you see a baby earth or one that is as large and as grown as the last one we moved from.

I got this… but… this was a male energy.  The mother gave birth to the sun/son.   The new earth is the living christ.  So in his own way, as lure predicted, the living Christ came back… his guise this time tho, is as the earth itself.  The god presence.  The living blue-white energy we have seen in many connections now.

It seems at this juncture of our evolution, women are still missing their full connection with themselves, the divine feminine, which is why there are so many projects surrounding just that energy.  Men on the other hand, are being swept up with the combined energy of the mother (divine feminine) nurturing and supporting the divine masculine (that baby) and living it out loud, unrestrained.

On that note, I want to wish every father, every man, a most heartfelt, love encompassed Fathers Day.  The earth is your wife, dance, sing, and bring more of your children into life (experiences lived out loud, don’t go mass producing kids today lol.)