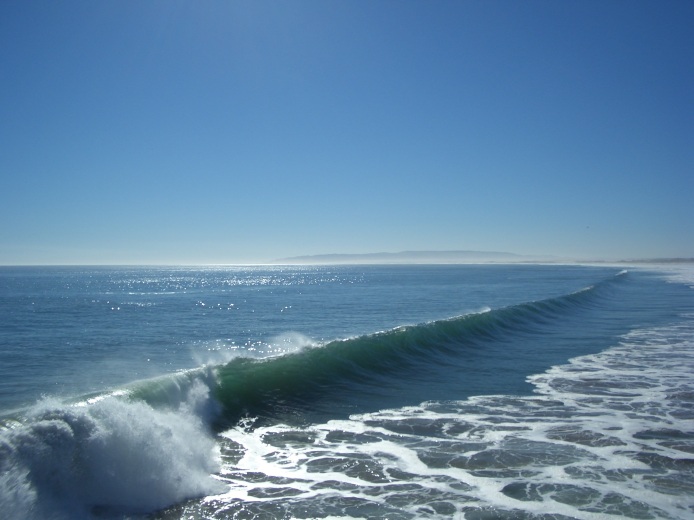 One would think, after all these years, I would stop expecting something to be a certain way, but nooooooooooo…. there I am, the day after the 7 day stretch of the equinox, prepared to snoop out what we got ourselves into this time with the readings upon the day and I about wanted to cry when the first one produced a blank screen.  Nuttin!!  It bad enough I completely slept thru the day prior, I am gonna have a hissy fit with another day of nuttin.  I went straight into whiny bitch mode… rambling on about not being able to see today after a week of only seeing the energy placement of where we were being wired into and then suddenly the field produced an image for our understanding.  Altho I didn’t get this information in order, I am going to share it with you in order so it actually makes sense when I present it.

From spaceweather.com yesterday:  LONG-DURATION FLARE: On March 23rd around 0330 UT, the magnetic canopy of sunspot AR2014 became unstable and erupted, producing a long-duration C-classsolar flare. Although C-class flares are considered to be minor, this one lasted so long (several hours) that it unleashed the energy-equivalent of a much stronger flare.

Now imagine this intense energy hit an area in the atmosphere that to my viewing eyes looked like the river of time flowing forward.  With the impact of the sun energy hitting this river, suddenly it created the emergence of a wave rising up out of the river.  I made a very humble image of how I seen this river and wave in my first (non) reading: 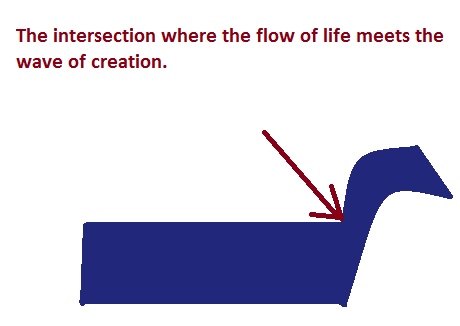 The arrow in the picture shows where we were at in the process yesterday.  I have got to smile at the time stamp of the release of highly charged energy connecting to our new phase of Life: 0330 UT.  Christed energy with unlimited potential on either side of it, igniting the wave of new creation, new life.  From what the field had said yesterday in my ongoing process of this monumentous moment in our collective history, it would be very much like another “big bang” moment.  Creation (re) creating itself in a brand new way.

For those of us caught up in this new wave of creation, much is happening within us.  With the stripping of the “buffers” many are feeling raw and vulnerable.  For many, life is changing right under their feet.  For many others (I fall into this group) we can barely move a muscle or think a coherent thought for longer than 5 minutes.

For the four out of five remaining readings, each one produced an immediate stop sign as I attempted to read for them.  It took me close to the whole day to realize these stop signs, the placement in their field of energy, had meaning and purpose too.  My second lady showed up with a stop sign just outside my front door which is also the location of due East, spring, new beginnings, the pot in which new beginnings grow.  The lady after her, I barely bent my body over to crank my antenna outside and I had a stop sign slammed in my face, in my kitchen.  OK, I can take a hint!!  I didn’t even think of interpreting where their stop signs were located, cuz like I said, I assumed it was the fields way of saying stop… you cannot look beyond this moment.

However, my kitchen area represents the biological creation of our lives.  Such as home, body, relationships, that kind of stuff.

What I did notice was the intense light field behind the stop signs, incredible light but also in what I would call chaos patterns.  Just bouncing all over the place.  The stop signs themselves were as if the sun hit them straight on and I could see the illumination of the white and red.  The last two stop signs of the day made me realize their placement in my field of vision was purposeful, my fifth reading had three stop signs way out across the field itself.  Each stop sign had an ET behind it, I knew this because the ET faces peeked out from behind the stop signs for just a moment, except one, he kept looking at us.  His face resembled that of a gray, only he wasn’t a gray at all.  My last lady of the day, her stop sign was placed on the ground, as if knocked over.  I could see this billowing energy moving up from deep within the earth,  It reminded me of lava, except it wasn’t hot nor was it red.  It was actually quite beautiful in various pastel colors heaping itself upwards.  New energy from deep within the earth for her new expression.

I did ask why so many stop signs when I know something is happening behind them, the field replied: Because it is in a state of absolute quantum energy and I have no way of understanding its current presentation.  Alrighty then!!

However, in between the four stop signs I had seen was something completely unexpected.  I could see this lady working at the top of her “magnetic pole.”  Think of that magnetic pole that not only represents the release of energy from the equinox but is the producer of our Adamantine Particles or stem cells.  I kept getting the feeling like she didn’t think her pole was working efficiently so she was doing energy work on it.  I could see the spurts of gold and white energy as she was fiddling about with something up at the very top part.  Then, my vision went to the ground level itself, just behind the magnetic pole representing the past, or all that brought her to here was a semi-circle barrier type thing.  I created another very humble picture of it, because it really does apply to all of us: 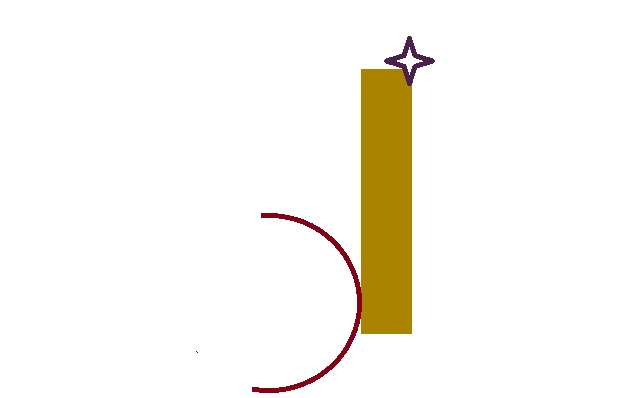 The little star at the top represents her, (much easier than making a stick figure image lol.)  The C shaped thingie at the bottom is separating the past energy/experiences of our (perceived) past from that magnetic pole.  Because of this, for so many, there seems like a disconnect happening.  Things seem so alive and so well when we are in that “connected place” of spirit, but back down to reality… doesn’t feel so warm and fuzzy.  Let that be OK.  There is nothing to fix or work on.  As I was able to see thru her, there is this hole in the C area that aligns directly into the magnetic pole, and what you need to carry forth with automatically be generated into your new life itself.

But equally, with all of this understanding was a key phrase that we all need to keep close in our hearts.  It is our job to bring the extraordinary to the ordinary.

This is a conversation my team had with me the night prior.  We are not being asked to build cathedrals made of crystal and point everyone into the “new age” of different, but delve into the very ordinary, our mundane jobs, our households with those that are not handling these energies very well… and bring the wisdom and energy of spirit there.

This new wave of creation is not asking us to build an island, safe from the chaos of the collapsing 3D world held within this new landscape, quite the opposite.  We are being asked to defuse the fear with the love that we are.  With the wisdom we have gained.  With the energy streams that naturally flow from our bodies, to create calm and contentedness, thru the storm that we actually have already lived thru and not only survived, but found a way to thrive…. spiritually speaking.

Another glimpse this incredible lady gave us was the view of April itself.  OMG, exciting and super concentrated.  From the start of April, this amazing violet energy filled the ground to about 10 feet up, so where we would be walking thru it, breathing it in, and as we moved to the end of April, this violet energy was now only at ground level.  The span of “time” was tiny.  Lets say a month would spread out about 20 feet from start to finish, this month we call April was barely 5 feet.  Intense and fast-moving, energetically speaking.  The violet represents our mastery.  The amniotic fluid needed for us to live the ascended master in biology and really own ourselves in this created world of Love, of Life.

I am going to end on that note and wait with bated breath to see what the field of connections presents for us today.

Big big ((((HUGZ))))) of excitement and waves of new opportunities to LIVE!!!