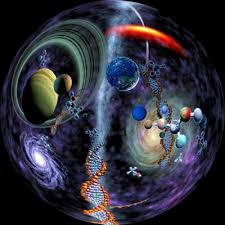 I greet all of you in the name of my Presence of Love and gratitude. I Am Archangel Metatron, at your disposal at all times. In the name of the Heavenly Realms of Light I bring you great tidings full of love as well as an update on your current reality.

Beloved children of God and of Mother Earth, it truly is a pleasure to be in connection with all of you as you are immensely loved, each and everyone of you. The times you are living in are remarkable to say the least and this gets more obvious for all of you. Nothing is at it seems anymore, everything changes and collapses in on itself on an energetic level. New forms and creations are adopted, in which the old energy finds a new life back into a higher light aspect of itself, for you all grow quite astonishingly into a light body and everything around you automatically follows the same path.

All reality around you follows the inner creations and dito reflections in their forms and emanations. More loving designs have been created as the heart now runs your reality and your Being. Everything that flourishes from now on out of your Being will reflect the facets of your Being in a creation and a form of energy within a deeper context of Love and Light. Admittedly, some ascension shifts have taken place in your world of Being, that is for sure. Nothing can obstruct this Ascension process any longer for it runs at full speed and it cannot be stopped.

So many Ascension processes now take place on a daily basis as each soul ascends a couple of times during a Moon cycle and even more, for the soul yearns for the expansion of its consciousness and the growth of its Light. This refers to the souls in incarnation that want to progress and evolve in such a way that they clear the path for all the countless other souls who wish to tread in their footsteps and want to proceed with their evolution.

There is no doubt that there are plenty of shifts taking place all over the world for each individual in his/her own way. To learn lessons and to experience them is also a kind of ascension, to transmute difficulties and to release old patterns also pertains to ascension. Ascension does not imply that you leave this place and that you all of a sudden dwell in another place, ascension is way more than that. Ascension is enriching yourself with the energies that you already naturally are, Ascension is lifting yourself up out of duality by releasing the ego and letting yourself be guided by the heart and not the ego.

Ascension is to get to know and to accept yourself, to love yourself for who you are, to pass yourself on to others, to love everyone unconditionally, to not force your will onto others, to not judge but to respect everything and everyone. Above all, Ascension is forming yourself in a higher world that manifests itself now in your current reality implying a higher way of being and of living, a more refined way of feeling and integrating, feeling enlightened and rising in value and love, in energy and in integration of the Light. Ascension is so much more, my beloved ones.

You are going nowhere, instead you create the new world on Gaia and in Her fields and that’s where you are going! That is your home, for you integrate your Being and your home on the frequency level that you are and where you are, depending on the reality in which you dwell. Yes, you return home and home is who you are in pure essence.

Of course, there are space ships and other planets, other worlds on which our brethren of the Galactic Federation dwell, where you are a part of, being a Galactic aspect. Yes, you can perfectly dwell in that reality and still be a part of this reality should you so choose and be ready for this. You are a co-creator God, so your reality lies in your hands and not in those of someone else. You will be what you create, my beloved ones, it is as simple as it can be in that regards.

However, you have to become aware that everything requires its integration and its real manifestation to come to such new worlds as everything evolves along processes. What will become your reality fully depends on you, but let’s firstly allow the old reality to continue crumbling and let’s convert its released energies into what you truly want to see and integrate in your Being, before your created world can become factual. You are now very busy with that and the process involved has already progressed a long way as the first pillars of light, and by that I mean you, have already arrived in this reality and the first modifications and alterations are forming themselves as a reality in this world.

Everything is already finished on the etheric level and now the physical aspects will be drawn through the centerpoint of the cosmos whereafter everything on the lowest level, namely the density level, will have been brought to shifting and enlightenment, arriving 1 level higher, specifically at the 5th and 6th dimension of being. A magnificently new world is dawning of which you already sense and experience the first signs. This will become your paradise of Love and Being in all Harmony and you are evolving into this for sure.

Release all linear thinking as it no longer serves you, it can only hold you back. Enjoy each moment that you are and view each day as a new step and a new moment in creation.

With all of my love, I great you cordially,

Méline Lafont 2012 – 2013, permission is given to share in its entirety and unaltered.  http://lafontmeline.wordpress.com

One thought on “Meline Lafont Channeler – Archangel Metatron – Ascension: What Does It Entail – Everything Finished On Etheric Level – Physical Aspects Drawn Through Centerpoint of Cosmos”